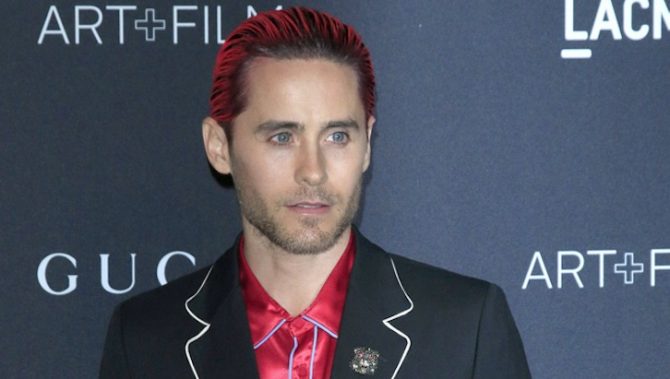 Who says you can’t have your rainbow cake and eat it, too? Jared Leto is here to tell you you most certainly can.

At 47-years-old, the actor and 30 Seconds to Mars frontman still knows how to party.

Here, we imagine he’s at a coming out party. Everyone always knew that Billy was queer, but Billy needed to get there on his own terms. Jared is thrilled that Billy is finally living his true, authentic self, hence the celebratory “thumbs up.”

Why is he shirtless and flexing his admittedly impressive abdominals? And why is there a blood-like substance — red rainbow frosting? — running down his chin? Some mysteries are better left unsolved; it’s what makes life so awe-inspiring.

Or it could be, as the caption indicates, that Leto is celebrating the birthday of “This Is War,” his band’s third studio album. Then again, the album was released in December 2009, so what’s even real? Cue the slow-motion Matrix effect circling Leto’s Pride cake. Yum.

See what all the fuss is about (there’s very little fuss actually) below: