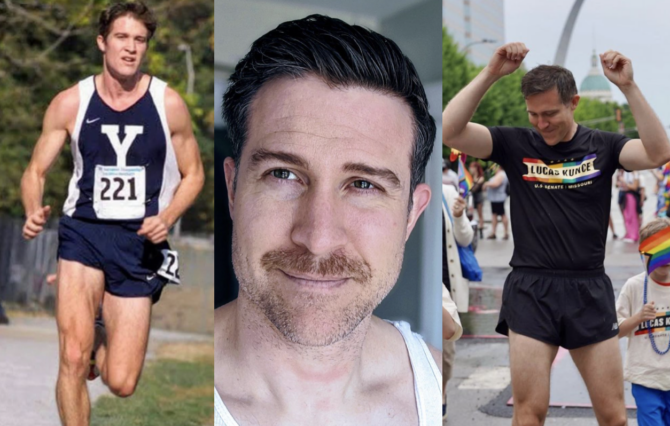 Late last night, Kunce conceded the race to his opponent Trudy Busch Valentine, who won with 43% of the vote, compared to his 38%.

“Thank you for fighting,” the 39-year-old tweeted shortly after the election was called. “Never stop.”

Thank you for fighting.

Even though he won’t be advancing onto the general election in the fall, Kunce has still left quite a mark, and we have a feeling we’ll be hearing more from him in the future.

In addition to some truly impressive fundraising numbers, he was one of the most outspoken candidates in his field when it came to LGBTQ issues.

He attended three different Pride celebrations in his state and talked about his plans to outlaw conversion therapy at the federal level.

He also vowed to fight transphobia and violence against trans people, enlisting the help of his brother, Warren, who is trans, to show why the issue was so important to him and his family.

I'm incredibly proud to have a brother like Warren. pic.twitter.com/0TBIdKKF8S

And then there were his thighs.

After that super embarrassing clip of Josh Hawley fleeing from insurrectionists on January 6 went viral last month, Kunce, who served in both Iraq and Afghanistan, wasted no time dragging the scared anti-LGBTQ lawmaker on Twitter.

“Josh Hawley and I both know how to run… But as a 13-year Marine veteran, it’s clear only one of us knows how to stand and fight for our democracy,” he tweeted, along with a photo of himself (and his thighs) competing in a marathon.

Josh Hawley and I both know how to run… But as a 13-year Marine veteran, it's clear only one of us knows how to stand and fight for our democracy.

Send me to the Senate, and that’s exactly what I’ll do. Chip in ?? https://t.co/LQAdJjT0IR pic.twitter.com/mdbL1G5EHt

He also turned up the thirst on his Instagram page, sharing lots and lots of photos of himself wearing running shorts at Pride events and shaking hands with voters in tight-fitting t-shirts…

Alas, it wasn’t enough to nab his party’s nomination. But it was a noble effort nonetheless.

After winning yesterday’s primary, Valentine will face off against gay-hating Republican and “religious freedom” fighter Eric Schmitt in November. Barring a miracle for Democrats, Schmitt is forecasted to win that race.