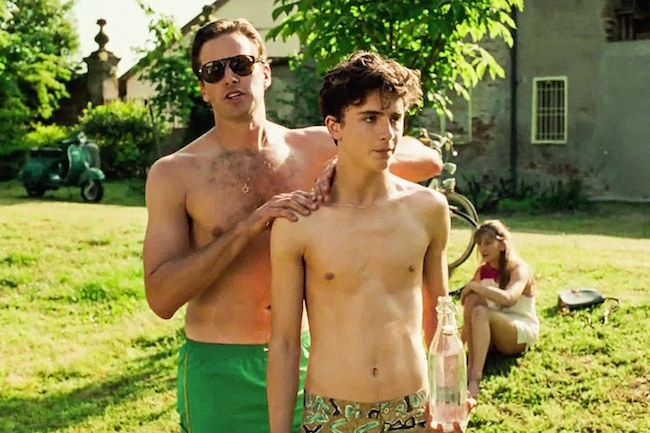 Marriage equality, the right to serve in the military, the increased visibility of transgender people have raised awareness and emboldened queer people all over the world. Even the setbacks of the Trump community can’t hold back the wave of cinematic awareness.

Not coincidentally, the 2010s have also seen an explosion of characters and storylines in the movies, keeping pace with the community it depicts. So which fabulous feature films will be forever remembered as classics?

Have a look at our picks for the best cinema of the decade.

That Love, Simon—a studio film aimed at teenagers—actually exists is still something of a miracle. That it actually makes us laugh, swoon and get misty-eyed makes it one of our favorites of the past 10 years. If only high school love could be this fun in real life.

Director Jeffery Schwarz seems to have made it his life’s mission to document important passages of queer history on film. Though not as fun as some of his other outings, Vito, in a sense, explains Schwarz’s affinity, retelling the life of gay historian Vito Russo who made it his life’s mission to explore a history of queer images on film. It’s a meta-comment about the importance of preserving the history of our community and it’s heroes…and the importance of being one.

Joel Edgerton wouldn’t seem like the kind of filmmaker to make a movie that captures the torture of conversion therapy in horrific detail. Nevertheless, Boy Erased does just that, while also portraying the desperate circumstances that can lead loving and rational families to subject their own to mental and physical cruelty. The movie didn’t quite get the love it deserved in 2018, overshadowed instead by more popcorn friendly films like Love, Simon and Bohemian Rhapsody. Yet a pill this bitter also contains tiny flickers of hope, and more importantly, forgiveness for those who would do us harm.

Leave it to fearless filmmaker Pedro Almodovar to make a movie thick with camp humor…and utterly terrifying at the same time. The Skin I Live In is a movie best experienced rather than described, lest we spoil a symphony of disturbing plot twists. Suffice it to say Antonio Banderas leads the cast with a terrific performance, and as usual, Almodovar relishes silky, beautiful images rife with sensuality. Somehow, that only makes the movie even more horrifying.

6. Can You Ever Forgive Me?

Otherwise known as the queerest movie nobody actually noticed was actually queer, Can You Ever Forgive Me? also features two of the best performances of the decade by Melissa McCarthy and Richard E. Grant. The pair play a duo of scheming, alcoholic besties in a movie that is both hilarious and tragic, and which focuses on something few movies do: a friendship between a gay man and a gay woman. They may not be perfect, and in fact, may not even be good people. That does not make them any less fun to watch, or any less lovable.

5. How to Survive a Plague

The AIDS crisis remains one of the ugliest chapters in American history, and let’s face it, America has some very ugly chapters. How to Survive a Plague revisits the scourge in graphic detail, recounted by the activists that survived it. From government mockery to the religious persecution AIDS invited, the movie channels the righteous anger that helped galvanize a closeted culture into a full-blown community, one which would emerge from decimation into a role of leadership for a new century.

Made on an iPhone with an inexperienced, unknown cast on a shoestring budget, Tangerine wouldn’t seem like the kind of movie to earn a spot here. Yet few movies—queer or not—have the kind of uproarious humor of Tangerine, a story about transgender hookers on a rampage. But fast and hard as the laughs come, the movie pulls the rug out from its audience, body slamming it with plot twists tragic and uplifting. It’s artistic will at its most potent.

The movie that made us all crave apricots (or peaches, as the case may be) won our hearts not with sexual energy (which it has in abundance) but with heart-aching desire that so many of us know all too well. Call Me By Your Name benefits from a spellbinding performance by Timothee Chalamet who channels teenage angst just as well as intellectual brooding. By the time Chalamet’s Elio finally connects with Armie Hammer’s Oliver, the movie feels like it could explode, not with sexual tension, but with pure love and passion. Rarely are movies this sexy, or this bittersweet.

Not since Schindler’s List has a film offered antidote this potent to the pain and rage of mass death. That cure, incidentally, is love and compassion, as lived by those working in and around the world’s first AIDS ward. 5B chronicles the terror that accompanied the spread of the disease, the inaction and homophobia that let it become a holocaust. As politicians and preachers turned to LGBTQ people in pain and said “Go die. You deserve it,” the brave professionals of ward 5B at San Francisco General Hospital offered refuge, love and hope. 5B does more than call out villains and commend heroes. It inspires its viewers to rise up as better people.

What to say about a film that so perfectly encapsulates the queer experience? Love, passion, sexual discovery, coming out, rejection, eroticism, pain and connection: even some of the greatest films have less going for them. Moonlight plays all these notes with perfect balance while providing visuals of lush color and beauty. In the end, it leaves us much as it leaves its main characters: sitting on a beach, looking out at eternity, contemplating existence and above all, feeling alive.