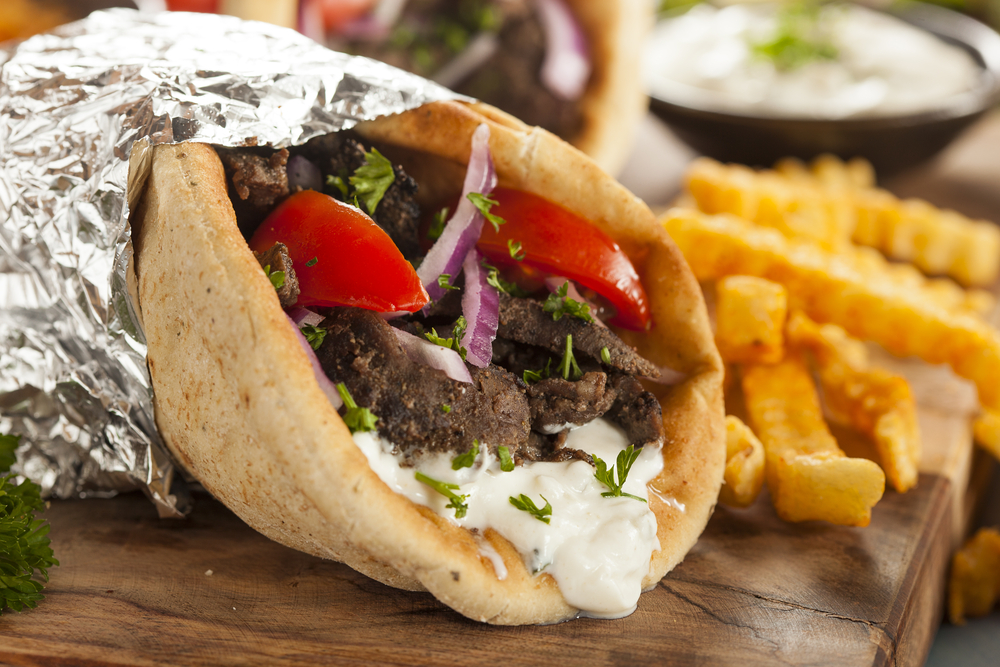 A rainbow-filtered profile picture recently led to a Facebook showdown between a local business owner and a Tea Party activist. We’ll let you guess who the nasty party was.

But Gracie, like countless other straight allies since June, had switched her profile picture to a rainbow filter to show her support for equality. Not exactly the most controversial move.

On a La Crosse foodie page, Gracie noticed a woman asking for food recommendations and took the opportunity to plug her business.

The next day, Gracie called her daughter Sophia in tears.

A fellow member of the foodie page, Greg Luce, sent Gracie this message:

“Hi Despina. I saw your post on La Crosse Foodie. I love gyros, but I detest people with rainbow filters on their picture. It’s an abomination that we are being forced to condone deviant sexual behavior. I will NOT be visiting your restaurant, I’m sorry.”

She was floored by the negativity.

“The culture that she’s grown up in is sometimes not very accepting,” Sophia explained to the LaCrosse Tribune, “but in coming to the U.S., being a single mother, having a business, she’s learning every day how to be a part of the community, how to be accepting.”

They thought long and hard about what to do next, if anything. Ultimately, Gracie wrote back to Luce, saying:

“That’s great! We prefer to have accepting, coexisting consumers. It seems we have come to an agreement that it is best for both parties that you do not visit my business. Thank you.”

Afterwards, Gracie was worried her response was too confrontational, but Sophia was confident it was the right move.

So confident, in fact, that she posted a screen-cap of the exchange (removing Luce’s name) to the same foodie page.

Luce commented on the post, calling it “inappropriate,” and it was deleted, but not before it received traction.

Messages of support came flooding in to Gracie’s page, and the LGBT Resource Center of the Seven Rivers Region reposted the message with a thank-you of its own.

The next day the restaurant was packed with guests sharing their gratitude, and a Facebook event called “Showing Support For Gracie’s” was created by the community to bring even more business her way.

“I lost one person, but I gained hundreds. I was crying actually,” Gracie said.