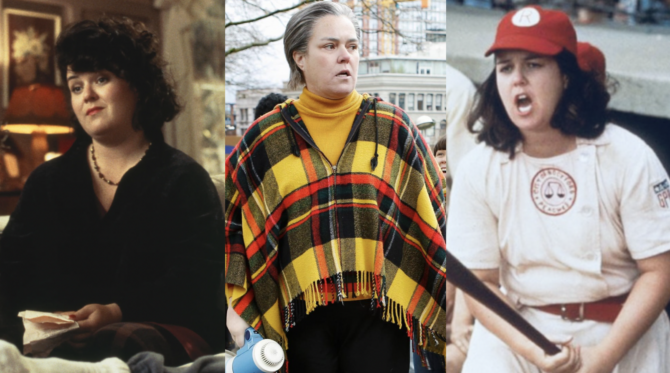 Rosie O’Donnell is in the midst of a long overdo career comeback.

After appearing as the subway announcer in every episode of the latest season of Netflix‘s Russian Doll, she will next guest star in 10 episodes of Showtime’s American Gigolo, as well as eight episodes of Amazon’s A League of Their Own series, both of which are slated for 2022 releases.

In addition to keeping us entertained and making us LOL for over three decades, the 60-year-old funny lady has dedicated herself to LGBTQ causes since coming out in January 2002 during a standup set at a charity event. “I’m a dyke!” she announced, though she later acknowledged it was an open secret among her peers.

Speaking to Diane Sawyer about it afterward, O’Donnell said she felt the need to come out publicly to help bring attention to same-sex adoption issues. She then spoke about a gay couple in Florida who risked having a foster child they had raised taken away because state law wouldn’t allow them to adopt.

O’Donnell went on to partner with the American Civil Liberties Union to help work to overturn Florida’s same-sex adoption ban. Since then, she has continued to be an outspoken advocate for LGBTQ people, youth, and families, working with groups like amFAR and GLAAD to give voice to her community.

She has also spoken out against bullies and bullying. She was vocal critic of Donald Trump for years and was often targeted by him in the media and, later, on the largest platform in the world: the U.S. presidential campaign trail.

After he was elected in 2016, she continued to speak out against his policies and even opened an Etsy shop to sell anti-Trump artwork she created. She donated all the proceeds, plus additional funds, to Everytown for Gun Safety, a nonprofit that advocates for gun control and against gun violence.

“We can do this America–save ourselves from tyranny,” O’Donnell wrote on Etsy.  “Love and peace as we move forward.”

We’re proud of Rosie for always speaking up for what she believes in, even when it wasn’t popular, and for never giving in to a bully, even when that bully was the President of the United States of America. Of course, we’re also proud of her work as a comic and actor, and we’re looking forward to her “Rosie renaissance” later this year.

Now, scroll down for Rosie’s 6 most memorable film roles ranked…

Rosie plays the sassy, no nonsense BFF of several of the main characters in this ’90s romcom. Even though she only has a few minutes of screen time, she steals almost every scene she’s in, and absolutely nails a three-minute monologue in a pharmacy about the realities of shaved pubic hair.

5. Roberta Martin in Now And Then 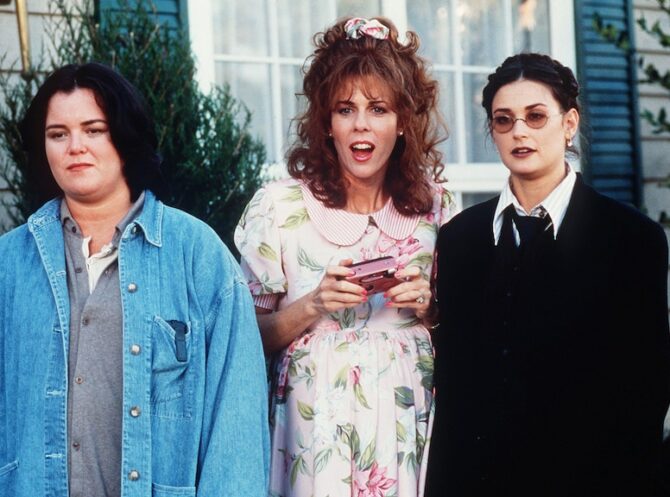 4. Del Martin in When We Rise 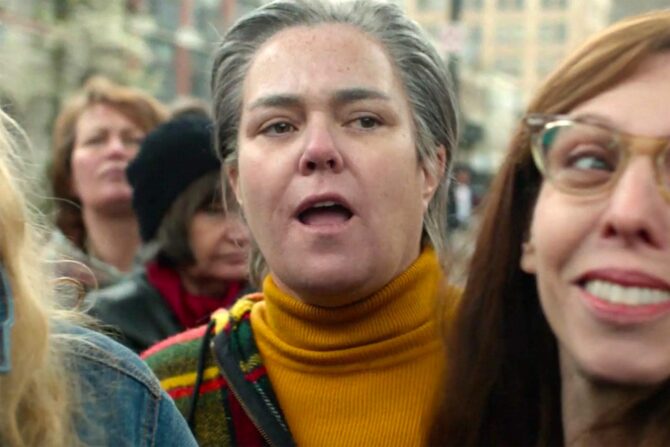 OK, OK, technically this was a TV role, not a film role, but whatever. Rosie made a brief but memorable cameo in Dustin Lance Black‘s ABC miniseries When We Rise about the history of the LGBTQ rights movement in America from the 1970s to the 2010s. She played activist Del Martin, co-founder of Daughters of Bilitis, the first lesbian civil and political rights organization in the United States.

3. Ole Golly in Harriet The Spy 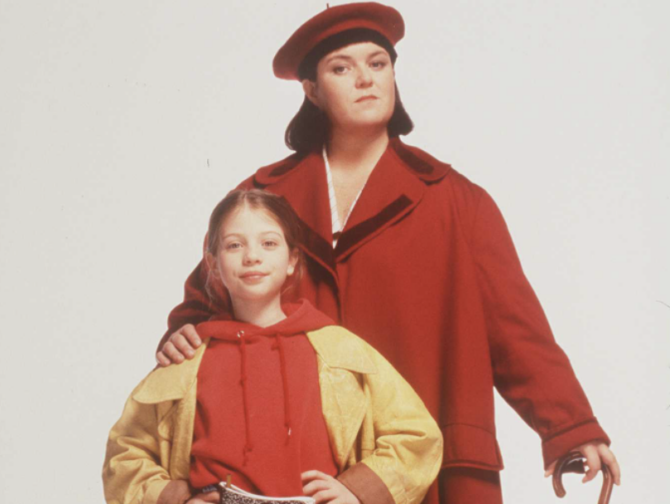 Rosie has been in several kids’ movies over the years--The Flintstones, Wide Awake, Tarzan, just to name a new–but it’s this role that she says people seem to remember the most. Speaking to Variety in 2021, she explained, “It’s probably Harriet the Spy now because those kids are in their 30s or whatever. Adults stop me and say, ‘Oh my god, you were Golly! I loved that movie when I was a kid!'”

2. Becky in Sleepless in Seattle 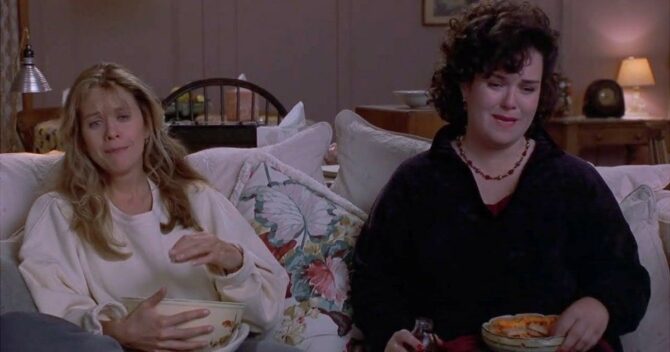 Rosie has Nora Ephron’s son, Jacob Bernstein, to thank for landing her this part. He initially recommended her after Ephron said she wanted to cast a comedian in a funny supporting role. Rosie later said she drew inspiration from Bette Midler, specifically emulating the way she walks and talks, to convey “the funny, caustic best friend with a heart of gold.”

1. Doris Murphy in A League Of Their Own Rosie hit it out of the park (pun intended) as #22, third base Doris Murphy in A League of Their Own. Believe it or not, this was actually her very first film role, though she had been doing stand up for over 10 years at that point. She was funny, loud, obnoxious, charming, and had amazing chemistry with Madonna (a.k.a.  “All the Way” Mae). Rosie will be returning to the ALOTO universe later this year in Amazon’s television series based on the film.