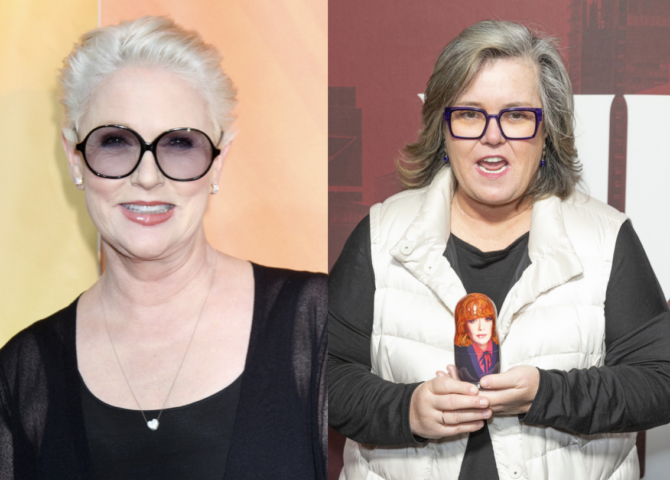 TV icon Sharon Gless–best known for her roles on Queer as Folk and Cagney & Lacey–has opened up about the time she made out with Rosie O’Donnell and the strange feelings it brought on.

The 78-year-old dishes about her romantic history in her new memoir Apparently There Were Complaints. In the book, she details how she met her husband, Barney Rosenzweig, dated an unknown Steven Spielberg, and made out with Queer as Folk guest star O’Donnell.

In an interview with CBS News, Gless recounted the incident to Ben Mankiewicz. “It’s the first time that I had ever kissed a woman, and here it is on screen,” she said. “Rosie sends me flowers the next day, sends me a dozen roses, saying, ‘You’re a good kisser!'”

Apparently, the moment also brought on some feelings of confusion for Gless. She and O’Donnell began a close friendship thereafter… so close that Gless began to question her own sexuality.

Years later, Gless brought up her feelings to O’Donnell.

“One night I was building such intense feelings for her, I was really coming to love her,” she recalled. “And I think I got confused: I’m married, she’s married. And she said, ‘Oh, Glessy! NO!’  I said, ‘Really?’ She said, ‘You’re so straight!’ She laughed at me!”

In the same interview with CBS, Gless also discusses her path to stardom, landing her life-changing role on Cagney & Lacey, and her struggles with alcoholism. In a career spanning more than 50 years, the actress has also picked up two Emmy Awards.

Apparently There Were Complaints is out December 7.