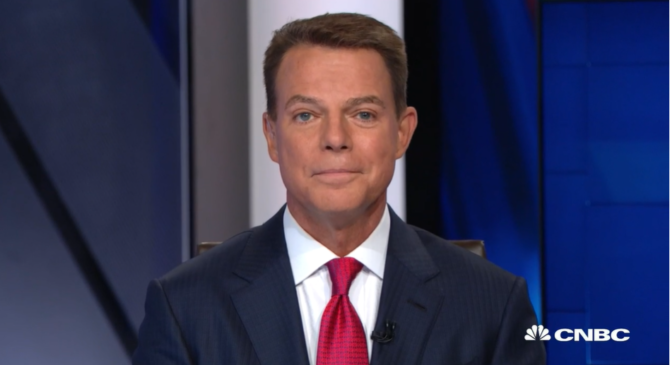 Out CNBC anchor and former Fox News host Shepard Smith has broken his long silence about his 2019 departure from the network.

In a new interview with CNN’s Christiane Amanpour on January 19, Smith called out Fox News for the spread of misinformation, and for his fellow anchors editorializing too much during their broadcasts.

“Opine all you like, but if you’re going to opine, begin with the truth and opine from there,” Smith said. “When people begin with a false premise and lead people astray, that’s injurious to society and it’s the antithesis of what we should be doing: Those of us who are so honored and grateful to have a platform of public influence have to use it for the public good.”

Smith also revealed that he stayed at Fox News from its 1996 inception all the way until 2019 to act as a sort of counterbalance to the network’s right-wing leanings.

Related: Shep Smith kicks off his new show by ripping into Trump and the gloves are definitely off

“I thought it was important that I stay there,” he asserted. “If you feel like the Fox viewers were getting mis- or disinformation, I was there to make sure that they got it straight.”

“I stuck with it for as long as I could,” Smith also added. “At some point, I realized I’ve reached a point of diminishing returns, and I left.”

That breaking point came in 2019 when fellow Fox News host Tucker Carlson criticized Smith for defending his longtime friend Judge Andrew Napolitano. A guest on Carlson’s show had referred to Napolitano as a “fool,” and Carlson proceeded to make fun of Smith for his defense. Smith appealed to network executives to intervene on his behalf, but none of them would. Instead, Smith opted to resign over network pleas for him to stay.

Now, Smith has no problem speaking his long-suppressed criticism of the network.

“I don’t know how some people sleep at night,” Smith added, noting that the network continues to spread bias and false information. “I know that there are a lot of people who have propagated the lies and who have pushed them forward over and over again who are smart enough and educated enough to know better.”

Over the past 20 years, Fox News has become the most-watched cable news channel, and something of a joke within the news business for its concentration on tabloid stories, innuendo, deceptive tactics and flagrant political bias.