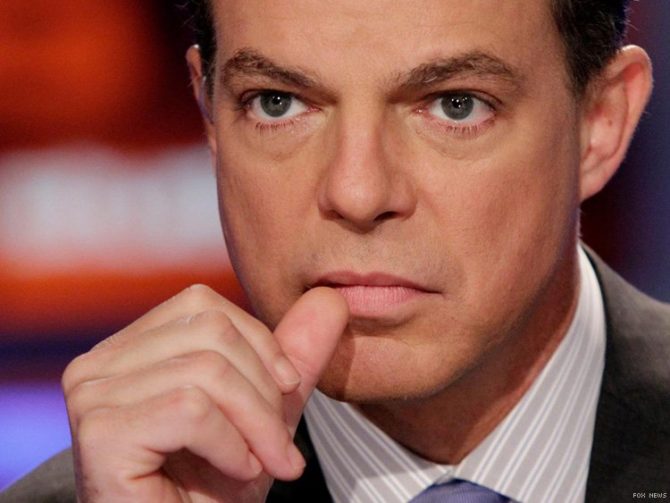 Since his abrupt and very dramatic departure from Fox News last year, reporter Shep Smith has kept a pretty low profile. Until earlier this year, when it was rumored he was eyeing a comeback.

Smith just inked a deal with CNBC to host a primetime evening newscast. The News With Shepard Smith will air Monday through Friday from 7 p.m. to 8 p.m. beginning July 13. In addition to that, he will also serve as CNBC’s chief general news anchor and chief breaking general news anchor.

That’s certainly an upgrade from his dayside gig at Fox News, where he was regularly pushed around by execs while simultaneously being paraded around as their token homosexual anchorman.

Smith announced his immediate resignation from Fox News last October following months of head-butting with the network over its nauseating pro-Trump bent and after being bullied by the president himself on Twitter.

Watching Fake News CNN is better than watching Shepard Smith, the lowest rated show on @FoxNews. Actually, whenever possible, I turn to @OANN!

Shortly after ditching the network, Smith donated $500,000 to the Committee to Protect Journalists, a non-profit organization that promotes press freedom and defends the rights of journalists.

“Intimidation and vilification of the press is now a global phenomenon,” Smith said at the time in a clear reference to Donald Trump. “We don’t have to look far for evidence of that.”

In a statement announcing his new CNBC show, Smith took a yet another not-so-subtle dig at Fox News by saying he was thrilled to find a network that gave him an opportunity to present “a fact-based, hour-long evening news program with the mission to cut through the static to deliver facts, in context and with perspective.”

“I know I found a great home for my newscast,” he added.

Smith is NBCUniversal’s first big hire since it announced plans to reunite its three flagship brands, NBC News, MSNBC, and CNBC. The exact amount of his contract has not been released, but it is rumored to be “considerable.”

Here’s wishing him better luck than his former colleague, blackface apologist Megyn Kelly, had when she attempted to rebrand herself as a sunny morning show host following years of spewing racism, hate, and misinformation for the conservative news network.