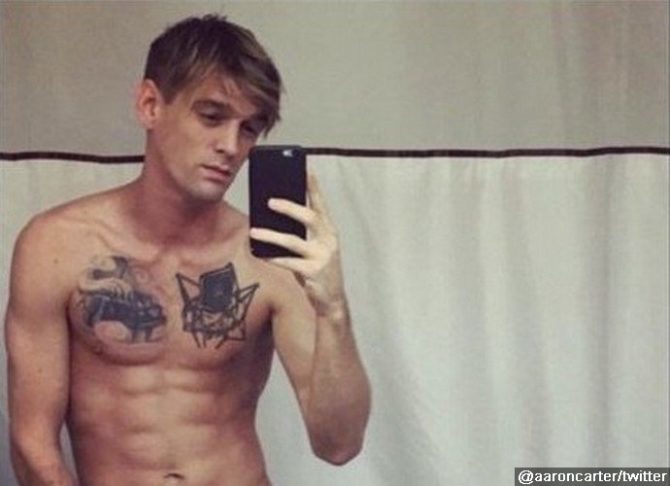 We hate to be the bearers of bad news, guys, but it looks as though your dreams of marrying Aaron Carter will never come true. The 29-year-old bisexual says he’s only interested in dating members of the opposite sex.

It’s been a wild couple of weeks for the former tween pop star. After coming out as bi on Twitter two weeks ago, his breakup up with his girlfriend was announced the very next day. A few days after that, he kicked off a comeback tour of sorts at Hamburger Mary’s in Brandon, FL. Then he deleted his Twitter and Instagram pages.

Now, the 29-year-old singer has opened up to Us Weekly about the future of his love life.

“Right now I think it’s time for me to focus on myself and not really concern myself with dating and being in relationships,” he told the magazine over the weekend. “I’m going to be 30 years old this year, and I look forward to finding somebody I can settle down with and have a family with and children.”

TMZ also caught up with Carter recently. When asked if he’s been receiving support from fans, he said that he had. But, he added, “I’ve been hearing a lot of negativity too … like prejudice and slurs, and remarks that I don’t deserve.”

He later added, “When it comes down to it, really, I had an experience when I was 17 with a guy, but now as an almost 30-year-old man, I’m going to be pursuing relationships with women. I want to pursue a relationship with a woman.”

Related: Aaron Carter celebrates being out and proud by aggressively hitting on famous actress