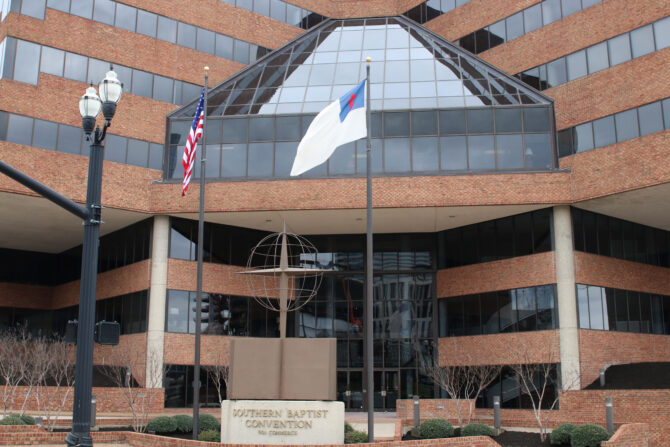 Southern Baptist leaders have responded to the exposure of sexual abuse allegation mishandling within their organizations in a big way–but it looks like the full story may be even bigger.

Rather than continue the cover-up, the Executive Committee for SBC has released a list of abusers with the Baptist church system, and it is crushingly extensive.

Even though it only covers abuses from February of 2007 onward, the list is 205 pages long with anywhere from two to five entries on every page, meaning there have been hundreds and hundreds (and hundreds) of sexual abuse allegations within the Baptist church system reported just within the past fifteen years.

Related: Turns out the Southern Baptist Convention is even worse than we thought

The document contains partially and/or fully redacted entries throughout (presumably based on pending litigation for some), but the unredacted text and sheer scale of entries are enough to paint of picture of the enormity of the documented abuses.

A report on many of the instances was published in the Houston Chronicle in 2019, while a number of the accused abusers were still in active ministry. This report forced SBC to act, with many voting to create a task force to oversee the third-party review.

SBC president Ed Litton, who assembled the task force, said in an interview, “I believe what we have is a revealing–a very rare revealing–from the grassroots Southern Baptists to say what’s really going on here.”

Related: Man says church members held him down and beat him in attempt to expel his homosexual demons

It seems, however, that there may still be much to be uncovered.

According to Jennifer Lyell, an abuse survivor of a former Southern Baptist Theological Seminary professor, this investigation is only a fraction of the work that needs to be done.

The SBC has NOT been investigated, nor has a report on the SBC been issued. Rather, the Executive Committee, the smallest, least known entity of the 12 SBC entities/boards was investigated. Thus, the findings are a mere sliver of the potential public risk and harm still hidden.

Lyell has been documenting her experience with trying to find justice within the SBC system for years. When it comes to getting to the heart of the abuses with the Baptist Church system, it seems that this latest bombshell of an exposure may only be the beginning.

In the wake of this scandal, many have noted the hypocrisy in SBC’s long history of condemnation of the queer community. The hate group has released many anti-LGBTQ statements in the past, including one calling homosexual relationships “sinful, impure, degrading, shameful, unnatural, indecent and perverted,” a sentiment that is wild for an organization housing at least hundreds of known sexual abusers among them.

Perhaps the SBC will take this well-deserved upending of their organization as a sign to focus on their own corruption before attempting to condemn literally anybody else.