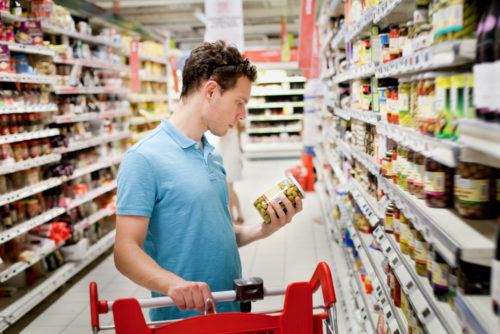 Imagine a straight man saying, “Yeah, dude, I brought this tote bag for my groceries. No homo.”

Sounds ridiculous, right? And yet new research from Penn State shows that both men and women question a man’s sexuality if he engages in pro-environmental behaviors that are seen as “feminine,” reusable bag use included.

Related: Scientists use straight men’s spit to determine how they really feel about gay sex

The same goes for women who try to do right by Mother Nature through “masculine” pro-environmental behaviors — including, for example, caulking windows. In fact, the researchers found that women are more likely than men to experience negative social consequences from engagement in pro-environmental actions that don’t conform to gender norms.

“There may be subtle, gender-related consequences when we engage in various pro-environmental behaviors,” Janet K. Swim, professor of psychology, says in a press release about the research. “People may avoid certain behaviors because they are managing the gendered impression they anticipate others will have of them. Or they may be avoided if the behaviors they choose do not match their gender.”

Sure enough, the participants in the study tended to rely on gender roles to assess a person’s sexuality. Men who engaged in masculine pro-environmental behaviors and women who engaged in feminine ones were viewed as more heterosexual than those who engaged in gender-nonconforming behaviors.

Says Swim: “Behaviors don’t just help us accomplish something concrete, they also signal something about who we are. Line drying clothes or keeping tires at proper pressures may signal that we care about the environment, but if those behaviors are seen as gendered, they may signal other things, as well.”

“If being seen as heterosexual is important to a person, that person may prioritize gender-conforming over gender-nonconforming pro-environmental behaviors in anticipation of how others might see them.”

Just think about all the straight dudes whose fragile masculinity keeps them from going green. Seems like they’ll be missing out on their grocery stores’ reusable bag credit!