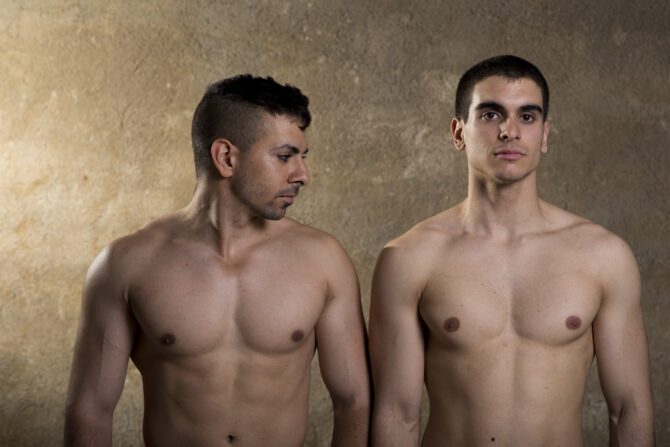 If you give a mouse a cookie, he’s going to ask for a glass of milk. And it turns out if you give a self-identifying straight person a study suggesting most people are attracted to both men and women, they might start rethinking just how “straight” they really are.

A recent study from Scientific Reports interviewed 180 students who identify as straight.

The students were divided into two groups, with each group shown a different study. Then, they asked the participants about their sexuality.

One study presented evidence that most people are attracted to both men and women. The results were attained by measuring pupil dilation as participants watched male and female adult films.

The other study was about…climate change.

Some of the students who were shown the first study no longer identified as fully heterosexual when being interviewed. They were also more likely to report same-sex experiences. One exception, the researchers note, were “politically conservative” participants. But even “regardless of political alignment, participants [in this group] reported less certainty about their sexual orientation.”

A followup study was performed with a larger and more diverse group of 460 “straight” participants from “varied walks of life.” They were split into three groups, with each receiving an article on either sexuality as a continuum, sexuality being fluid, or…climate change.

In the followup interviews, 36% of those who received the continuum article identified as not 100% straight, 20.6% of the fluidity recipients, and less than 10% of the climate changes.

And the breakdown of participants reporting being “unsure” of their heterosexuality were: 41% for the continuum group, 34.8% for the fluidity group, and 19.6% for the climate changers.

“Did we change people’s sexual orientation via our interventions? Surely not,” said lead study author Dr James Morandini in a statement.

“I think our study may have changed how people interpreted their underlying sexual feelings. This means two people with identical sexual orientations could describe their sexual orientation quite differently, depending on whether they have been exposed to fluid or continuous ways of understanding sexuality.”