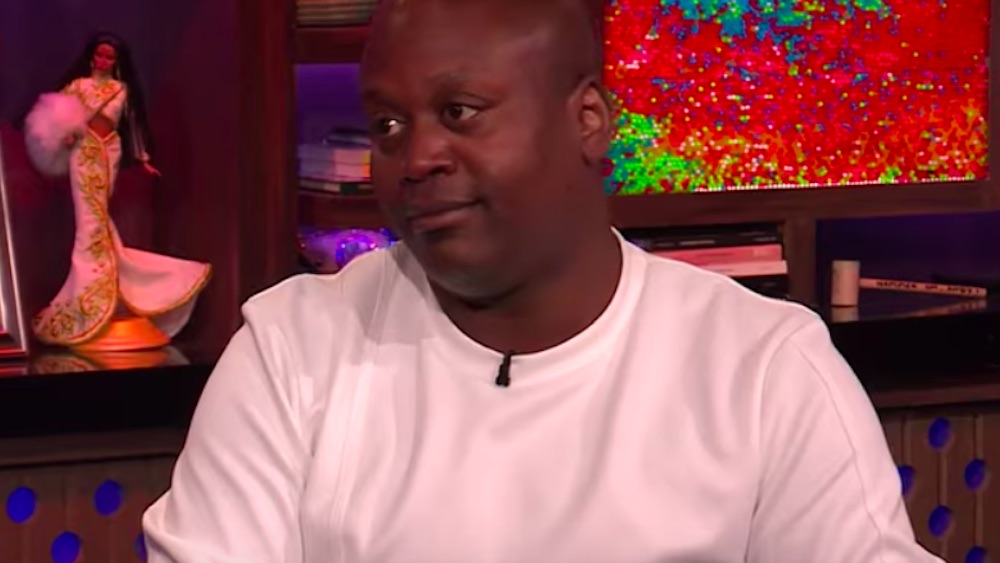 When Tituss Burgess recently appeared on Watch What Happens Live with Andy Cohen, Cohen asked Burgess what it was like working with Eddie Murphy in their recent film Dolemite Is My Name because, “He was very problematic for the gays at one point when I was coming up.”

Burgess basically answered that Murphy was nice to him, but if you look at the expression on his face, he wasn’t too pleased with Cohen’s question and he explained why later on Instagram:

She can be a messy queen! Yes I said it! Don’t care he knows either! He should remember his talk show isn’t an episode of the real housewives of Atlanta! It’s a place where artists come to talk about art and have a little fun. NOT a place to rehash old rumors or bring a star negative press. Sunday was a display of ratchet behavior by a well connected man having blatant disregard for one of his guests. If only time were taken to know who I am and not assuming that I am the character I play on tv he would know how to conduct a proper interview with at all! I received 4 Emmy nominations for acting! NOT for being my self. He was lucky I had my wits and Christian values THAT day. Always keep it classy. Being friends with other talented celebrities doesn’t make you talented it makes you friends with other famous celebrities! He should rip a page from Anderson Cooper and learn how to do his job.

Page Six points out, “Cohen famously wrote in his memoir Most Talkative that he was traumatized in high school after attending one of Murphy’s standup shows with his friends where ‘every other word out of [Murphy’s] mouth’ was a gay slur. Cohen had not publicly addressed his sexuality with his friends at the time.”

Yes, Murphy’s 1983 stand-up special Delirious features homophobic slurs and jokes about AIDS — and he was once caught by police in 1997 with a trans sex worker in his car — but that stand up special was 36 years ago, and he apologized for it in 1996, so it seems a little odd to ask Burgess about it.

But in all fairness, since Burgess and Cohen are both gay — and the experience shocked Cohen — perhaps it was fair game? Either way, Cohen probably didn’t get the reaction he expected from his guest. Lucky for him, his other guest, Laverne Cox, was all smiles during the segment.