Each of the honorees in Queerty's Pride50 category "performers" has scored career milestones in the past year in representing the diversity of our community while at the same time advocating for equality offstage, helping elevate the social justice cause while doing so. 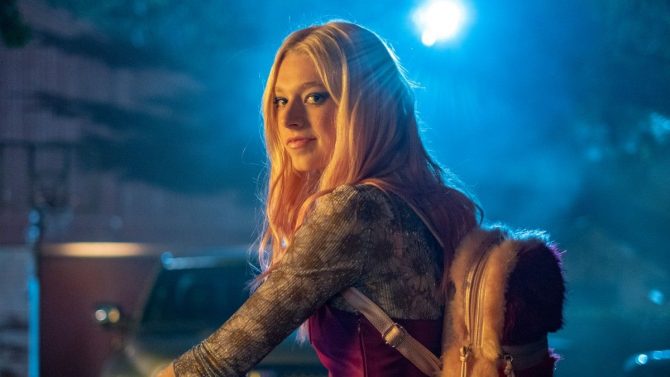 HBO scored a hit this season with Euphoria, a drama about a teenage addict coming of age in high school, making trans actress Hunter Schafer, 21, a sudden big deal in Hollywood as well as a leading figure in a new generation of LGBTQ activists.

From an early age, Schafer combined activism and acting. The North Carolina native recognized her identity in high school, and, with the support of her parents, protested North Carolina’s so-called “bathroom bill,” part of vicious Republican anti-trans campaigns in conservative state legislatures. (The law was repealed in 2017.)

Meanwhile, Schafer’s modeling career took off, earning gigs with Dior, Versace, Calvin Klein, and Coach. Her charisma and striking looks then caught the eye of casting directors and landed her the Euphoria role.

During the development of the show, Schafer worked with series creator Sam Levinson to fine-tune the character Jules, a transgender high schooler and best friend of Zendaya’s character, Rue.

Of her newfound visibility, and the impact of her character, Schafer told Them:

While I don’t think we have a singular mission or a revolution that we’re pursuing, I think we just want people to feel less alone in their experiences or simply be able to identify with what they’re seeing on screen. That feeling of looking at a piece of media or a work of art and feeling seen by it is incomparable. I hope that’s what the show is accomplishing more than anything — just creating a sense of empathy and acting as a mirror in some ways.