Each of the honorees in Queerty’s Pride50 category “performers” has scored career milestones in the past year in representing the diversity of our community while at the same time advocating for equality offstage, helping elevate the social justice cause while doing so. 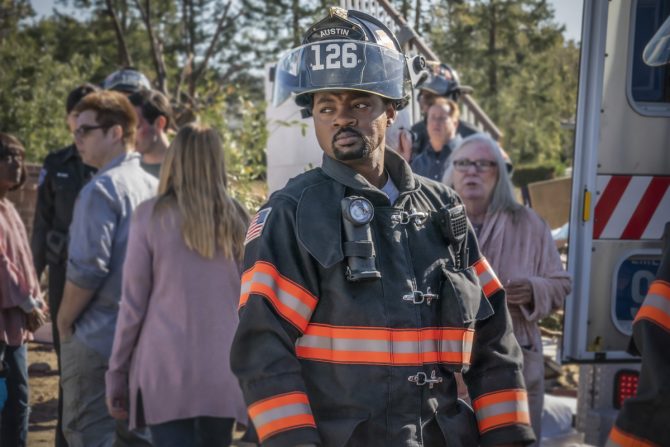 In 2020, Brian Michael Smith landed a series regular role on 9-1-1: Lone Star opposite Rob Lowe and Liv Tyler. The role made history—Smith became the first out-transgender man to have a role as a series regular on network television.

But it didn’t come easily. After studying acting at Kent State he moved to New York, where he landed commercials and off-Broadway work. His break came in 2015 in the sitcom Girls. Roles on Law & Order: SVU and Homeland followed before he won the role as a trans man in the TV series Queen Sugar. Smith used the moment to come out as transgender. He’s continued to land a series of trans and cisgender roles, including The L Word: Generation Q.

Smith devotes his free time to mentoring programs for LGBTQ youth as well as to promoting Black Lives Matter. In June 2020, New York Pride announced that Smith would lead a rally against police brutality as part of the city’s pride month.

“GLAAD has a statistic that says 84% of people learn about the trans community through the media. Many don’t know that they know trans people, so all the information they’re getting is coming through TV and film. That’s a huge responsibility. This may be the only trans person that many people in this country get to know…It means a lot to me. It’s incredibly significant. I feel like it’s part of my life mission as an artist and someone who is a trans to be taking on this role. I can already feel the impact of it. Again, people Tweet at me things about what it means for them to see a black trans man in this role. For them individually, for them as parents, or as significant others, or siblings who have trans relatives who are full of fear.”