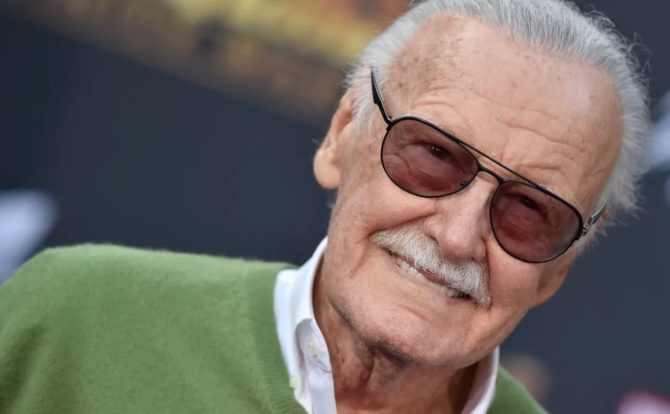 Lee is best known for helping create The X-Men, a long-running series about superheroic mutants who are rejected by mainstream society. The series addressed issues of racism, homophobia, discrimination and injustice in ways that other comics never dared.

But while Lee has a legacy of groundbreaking inclusion, previous interviews with him show that he didn’t always consider the possibility of making his established heroes, like Spider-Man, more racially or sexually diverse.

Speaking about Iceman, an X-Man who was recently re-imagined as gay, Lee said, “If [my comic book characters] were gay I didn’t play up to the fact that they were. I wasn’t aware of my characters sexual proclivities.”

When someone suggested Spider-Man be a non-white character, Lee said, “I wouldn’t mind, if Peter Parker had originally been black, a Latino, an Indian or anything else, that he stay that way. But we originally made him white. I don’t see any reason to change that.”

He also added that he was happy to create new superheroes that were LGBTQ or people of color.

This legacy has left some LGBTQ comics fans with mixed feelings.

Many folks are celebrating Lee for his inclusive work, defending him against detractors:

As a member of the LGBT community Stan Lee always meant the world to me because of the X-Men and the social issues it reflected. #MagnetoWasRight pic.twitter.com/po1vHDfODl

I mean, Stan Lee literally said he wouldn't mind a black Mary Jane Watson in a Spider-Man movie when Homecoming was coming out & people didn't like Zendaya possibly playing her, the accusations were false, & he never said a word against LGBT people. He was a good guy. Dumbfuck.

Marvel’s Stan Lee created a universe full of characters with amazing powers and fantastical backstories. He also created a corporate culture where LGBT characters have been able to thrive, and he used his mutants to talk about coming out and HIV. His representation saved lives. pic.twitter.com/BXJw4JUHlj

i just wanna thank Stan Lee for helping create the entire x-men franchise and giving my 8 yo self somewhere to belong when i felt so out of place. X-men and their representation for ethnic, racial, lgbt+ and many other minorities gave me and others a place in the media, a voice.

can we just talk about how people are calling Stan Lee homophobic and racist when the X-Men were literally conceived as an allegory for the civil rights movement, and then redone in the movies as another allegory for LGBT rights? seriously, some of you put no effort into this…

“Stan Lee is a homophobe”

> says he doesn’t write gay heroes because he doesn’t know much about LGBT struggles but would if people wanted him to pic.twitter.com/kaGBe1HLEf

Stan Lee was a creative genius but, he was also a campaigner for human rights. He used mutants as a proxy for civil rights. He include LGBT superheroes. He included people of all faiths. He paved the way to a better reality through his art. #ripstanlee

With all this lgbt stuff really??? just stop it someone has to show me video evidence of Stan Lee being openly homophobic or racist to disprove this right here. Online articles are not reliable at this point
Circa. 1968 pic.twitter.com/zgevTFrifV

But not everyone in the LGBTQ community feels the same about his work:

Stan Lee’s ghost looking at all the poc/lgbt defend him while knowing he was racist and homophobic pic.twitter.com/8kBev2bCZV

i have every right to be extremely pissed and no ones gna change that.

sorry but really can't get on-board with this hero praising for stan lee in wake of his death when his has a problematic past with women, the LGBT+ community, and POC as well as screwing Jack Kirby and other creators out of their credits (and possibly money).

so now that stan lee is dead, we’re going to get lgbt characters in the mcu now right ,,,

What do you think about Stan Lee’s LGBTQ legacy?