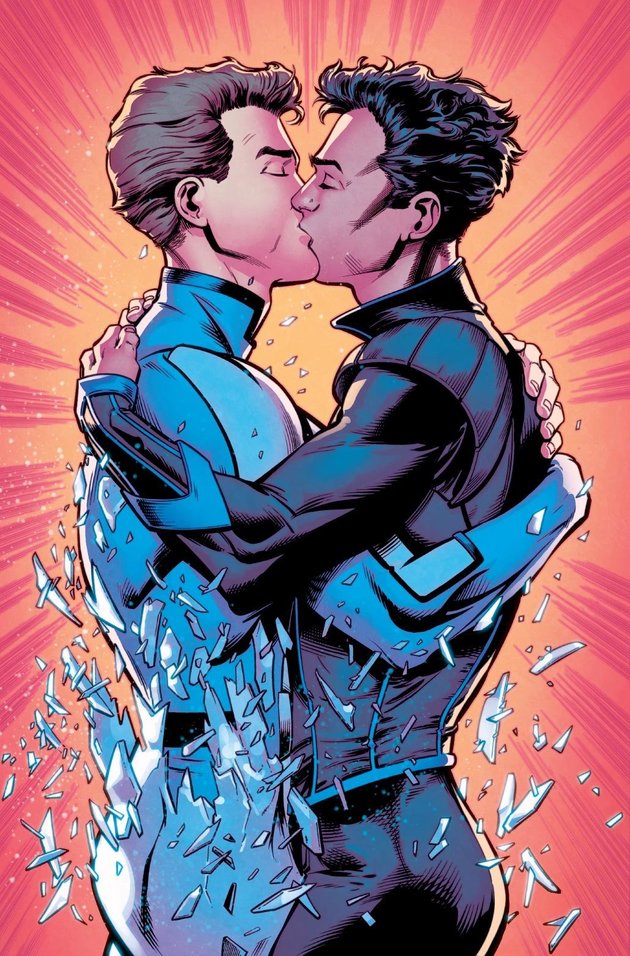 If you eat paste recreationally, you may already know that X-Men‘s Iceman “came out” in 2015.

This very minute, you can hightail it to your nearest comic book emporium, where the kindly proprietor (who probably answers to Mr. Goggles or Toadstool) will lead you through the stacks and towards this historic issue of X-Men.

Related: X-Men’s Shawn Ashmore Is Eager To Play Iceman Since The Character Came Out As Gay

You’ll flip tremulously through the pages until finding it: A large illustration featuring the ice-queen mutant tonguing a male character named Romeo.

Starcrossed lovers? Will Romeo, who is part of a rival group called Inhumabs, be killed off? Will Marvel receive hate-tweets for an hour until everyone gets distracted by shiny pieces of foil?

Hard to say. But in the meantime, enjoy these two lovebirds going out on extremely sexy cartoon dates at water parks, where the above make-out session takes place.

Check out another panel below. 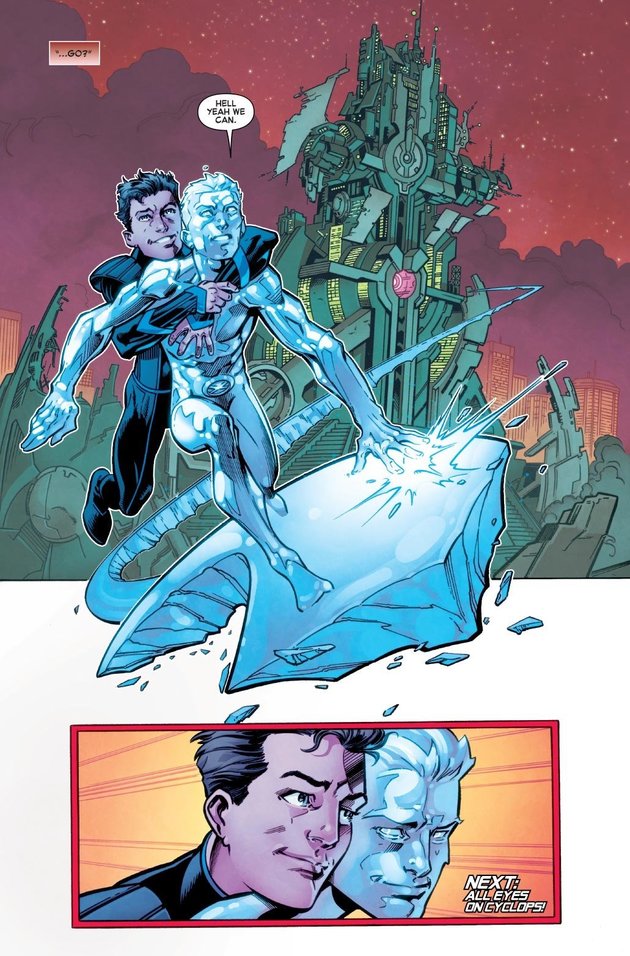