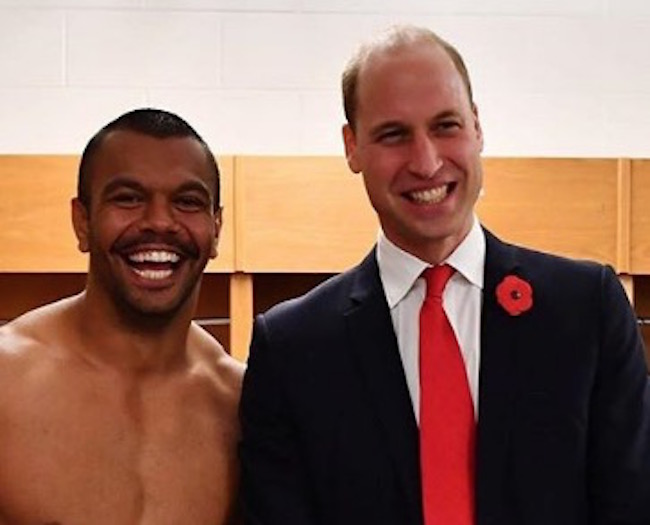 The Duke of Cambridge and rugby player Kurtley Beale collided at a rugby match between Australia and Wales last weekend. After the game, Prince William breezed blithely into the locker room, and that’s how this happened:

When you rock up to the party feeling a little over dressed ???

“When you rock up to the party feeling a little over dressed,” Beale writes.

He later explained why he was wearing the shorts:

“I just came from the recovery room — our recovery ice baths — and I love playing in my budgie smugglers. They were the last things that I was wearing. I just happened to be taking it easy.”

Related: Darren Criss removes his Speedo to show off his stunning sunburn

Anyway. Then, for some reason, Shaquille O’Neal decided to get involved?

It was a pleasure meeting you prince William

Beale later quipped that he’ll be sending Prince William a similar pair of Speedos for Christmas.

“I asked him if he wanted the ones that I had on,” he says. “But I’m sure we’re going to be able to organize something, a pair, if he wants some for Christmas.”

We’re pretty sure he already owns one.