No shortage of LGBT content out there right now, with Katie Couric’s insightful Gender Revolution special leading the charge on cable, a Gaga documentary, and loads more in this edition of our biweekly What To Watch column.

Now for trailers and details!

Mr. Gaga: A True Story Of Love And Dance

No relation to Lady, the Mr. Gaga in question is Israeli choreographer Ohad Naharin, who created a new dance style and language titled “Gaga.” Director Tomer Heymann’s documentary charts Naharin’s prodigious career – from Juilliard and an invitation to perform with Martha Graham’s company – and creation of his own ensemble and gaga, with incredible footage of the dancers and choreographer in action. Yasssssss papa!

Oldboy director Park Chan-wook’s take on Sarah Water’s Victoria England-set novel Fingersmith – previously adapted as a 2005 BBC miniseries – moves the action to 1930s South Korea. A con man’s scheme to romance a woman for her riches goes all sorts of Bound when his female accomplice, Sookee, who is hired as the woman’s handmaiden, falls for the mark. With the two women genuinely connected, what will come of this devious plot? Twisty eye candy for sure!

Winner of awards at multiple LGBT film festivals, this Midwest-set gay coming of age drama from co-directors/writers Sasha King and Brian O’Donnell tracks the romance between a pair of college freshmen, Benny and Christopher. When the pair take a Spring Break trip to Florida – and finally have a chance for some real romance – but then a little bit of knotty backstory comes to the surface and threatens to derail this young love and their families. Extras include a featurette.

Having debuted at the Berlin Film Festival, German-Polish writer/director Piotr Lewandowski’s drama centers on a young man, Jonathan, stuck on a rural farm in order to care for his ailing father, Burghard. When dad’s childhood friend, Ron, shows up, the aging man’s health suddenly takes a turn for the better – is there something Jonathan doesn’t know about his father’s past and relationships? For that matter, maybe there’s something Jonathan needs to realize about himself, too…

This queer Canadian romcom from writer Rick Tae and director Monika Mitchell sees a commitment-phobic gay restaurant heir with a high libido, John, discover that one of his chefs – and crushes since childhood – Jack, is engaged… to John’s sister. Wuh-oh! Can John come to terms with this love before the wedding happens while his life begins to fall apart? Hijinks and romance ensue, with a pair of handsome leads including Kent S. Leung as Jack.

Katie Couric heads up this two-hour National Geographic documentary, which delves into the very timely topic of gender identity in society. In the process, she speaks and finds enlightenment with a range of transgender individuals – including model/actress Harif Nef, and a child already beginning a gender transition – plus activists, medical experts, authors, and more. A truly probing, intelligent work that taps into part of the culture war being waged (HB2 anyone?), and coincides with the current, excellent gender-themed issue of the magazine on stands.

Creator Pablo Andreu dubs this 10 episode web series a “bromantic comedy.” As he tells it, “the series as a whole?essentially addresses the hysteria some straight dudes exhibit about being perceived even a little gay, spurning the idea of sexuality on a spectrum. This video calls bullshit on that rigidity and insecurity, summoning some sophomoric locker room humor in the process, and hopefully it’s, you know, funny.” Be the judge and check out new episodes every Wednesday starting February 8th! 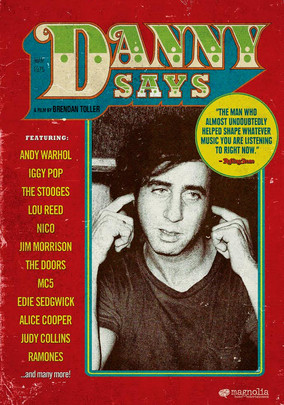 Two Lovers And A Bear

true or not?
18 comments

true or not?
18 comments