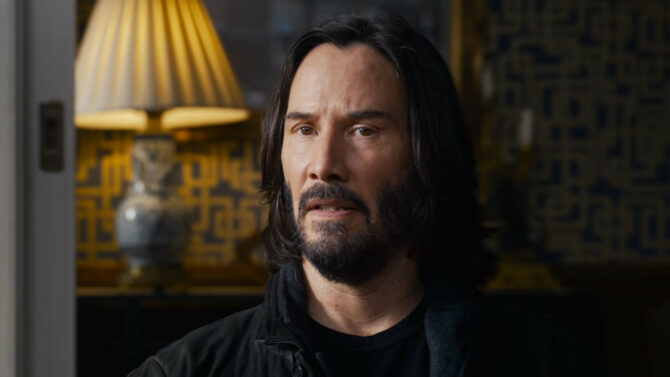 Calling all queer geeks, fans of kung fu, and anyone who wants to see LGBTQ talent playing in the Hollywood big-budget sandbox: the final trailer for The Matrix Resurrections has arrived.

This fourth entry in the iconic sci-fi series sees openly transgender director Lana Wachowski’s return to the world that catapulted her and her sister/co-director Lily to the top of the showbiz heap. Lily Wachowski is not involved with this sequel, but gave Lana her blessing to direct the film alone.

Related: Lily Wachowski just made a huge revelation about ‘The Matrix’

Plot details on the film–which also sees the return of stars Keanu Reeves, Carrie-Ann Moss, Jada Pinkett Smith and Lambert Wilson–remain predictably mum. This new trailer, however, does reveal that Neo (once again played by Reeves) is trapped in some kind of simulation loop, and that his true love Trinity (Moss) has forgotten him. That reveal will perplex fans of the original movies: both Neo and Trinity died at the conclusion of the third film.

The new trailer also reveals the character played by Jonathan Groff as a new incarnation of the villain Agent Smith. Scenes show him engaged in a furious martial arts fight with Reeves.

The Matrix Resurrections lands in theaters December 22. Watch, and prepare to jack back in.