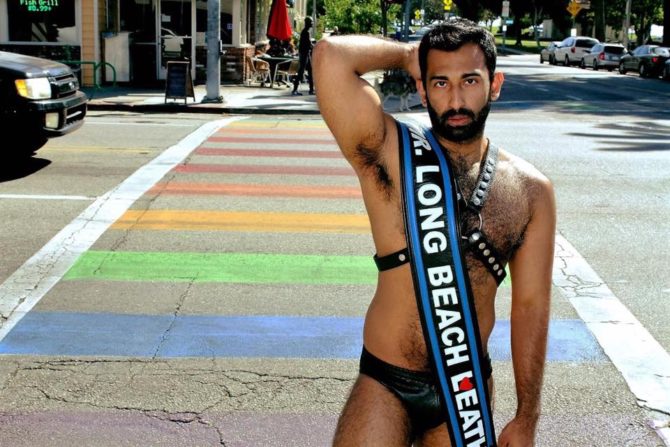 Ali Mushtaq is the current reigning Mr. Long Beach Leather and LGBTQ activist. In cooperation with the L.A. Sisters of Perpetual Indulgence and Long Beach Imperial Court, he has produced fundraisers for AIDS Lifecycle and the LGBT Center of Long Beach. He has also helped raise money for APLA, Minority AIDS project, and Bienestar. He’s finishing his Ph.D in Sociology and is a proud West Coast Swing dancer!

The year I turned 18. I remember getting in on a media pass as my photographer friend’s assistant. It was fun because I got to spend time with my friends from school at L.A. Pride. I remember watching the parade and thinking how awesome the LGBTQ community was because of our diversity.

It was at a pre-gaming with my friends before Pride one year. I had had a lot to drink. Somehow I found myself in the arms of some guy that I met there. After making out with him for a while, I eventually called him the wrong name. That was pretty awkward. 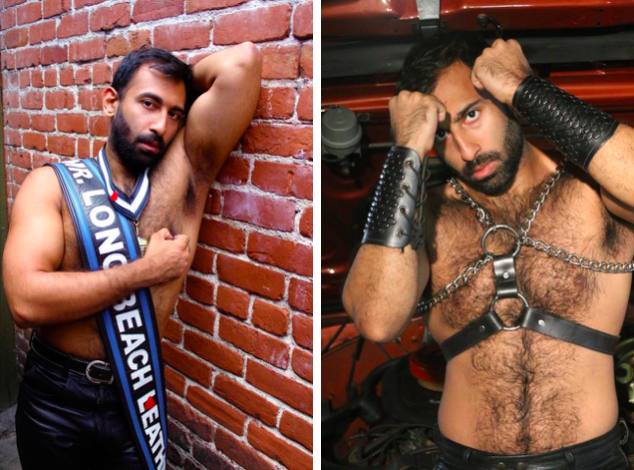 I’ve always wanted to go to Pride in the U.K. I especially want to go because it has a high South Asian population, or people that are from places like India, Pakistan, Bangladesh, Sri Lanka, et cetera. They also have a lot of gay Muslims and Hindus. As much as I love people of all backgrounds, I especially want to go there because it would be fun celebrating pride with people from my background.

We’re dealing with a lot of issues. We’re dealing with political climate that marginalizes Muslims, people of color, trans people, women, and LGBTQ people. At the same time, we’re still working on healing these kinds of divisions within the LGBTQ community. It definitely feels like a different kind of Pride because we’re continuing to deal with our own identity crisis as well as other political issues. 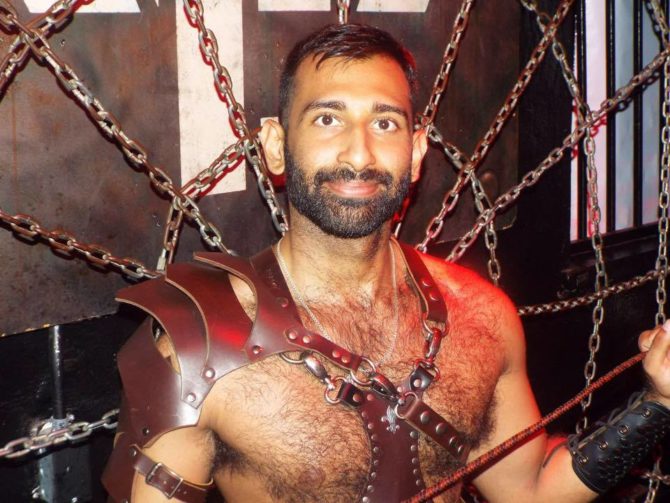 I watched Queer as Folk as a teenager. For me, that show was a source of empowerment. I learned how to be proud of my body and sexuality. So the song “Proud” by Heather Small, which was one of the last songs of the series, encapsulated that feeling of pride in myself, and especially the idea that it was not only ok to be gay, but that I could be the change I wanted to see in my community.

I’m a leatherman! I love the overall freedom and acceptance that the leather/BDSM community espouses. So for me, I’m comfortable in a jockstrap and harness because I’m proud to be a gay Muslim who is into leather. By being in a jockstrap and a harness, I’m exercising a freedom that a lot of Muslims (and others) around the world don’t have: The freedom to be who they are. A lot of Muslim risk losing their communities, loved ones, and even their lives when they choose to come out of the closet. So I represent myself this way because I know they sometimes can’t.