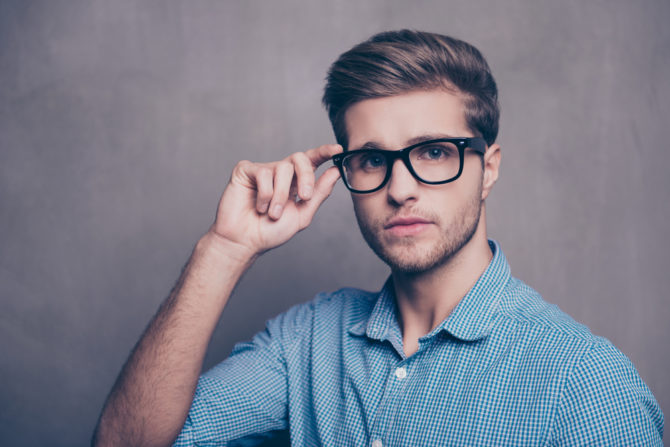 More and more people say they value intelligence over all other qualities in a potential partner.

A sapiosexual is less concerned about person’s physique or the size of the bank account, and is instead interested in how many books they’ve read or what sort of advanced degrees they hold.

According to an article by the Daily Mail:

Many dissidents of the term equate it directly with a pretentious–or even ableist–attitude. Others agree that while you can be turned on sexually by intelligence, sapiosexuality describes more of a ‘lifestyle’ than an orientation.

In a recent interview, a group of anonymous, self-identifying sapiosexuals opened up with Cosmopolitan about sapiosexuality.

“Being sapiosexual means that it’s really hard for me to have one night stands,” Man A explains. “Generally speaking, I’m not really sexually interested in someone until I’ve seen that ‘spark’ in their personality.”

“The inability to converse in an intellectually stimulating way is a major turn-off,” Man B adds. “I want someone who can discuss with me the relationship between diglossia and social inequality, or who can explain why the cause of my leg pain might actually be pressure on the sciatic nerve in my back.”

“If I find a person physically or otherwise attractive, but they seem stupid, I lose all attraction,” Man C says.

Related: Ten Sexual Orientations Besides Gay, Straight Or Bi To Round Out Your Sexicon

All the sapiosexuals agree that they can determine whether someone is smart enough for them “in the first 10 minutes” of meeting. And when asked if they would ever break up with someone who wasn’t “smart enough,” here’s what they had to say:

“I don’t think I would ever commit myself to someone who isn’t intelligent enough for me,” Man A proclaims.

“I would never date them in the first place,” Man B adds.

“I’d like to think I wouldn’t let a relationship drag on if I’m not entirely attracted to someone,” Man C replies.

In a recent Reddit thread on the topic, one critic of sapiosexuality writes, “I’ve never met an actually-smart person who uses that term.”

This prompted someone else to reply, “Or an attractive one.”

We’re curious. Would you date a sapiosexual? Take our poll below, and share your thoughts in the comments section…