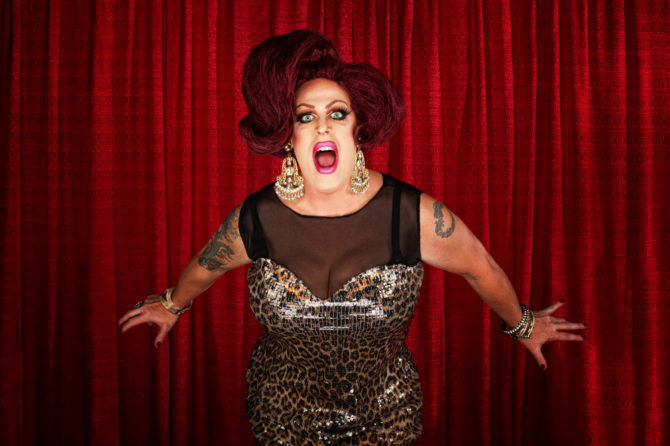 It was standing room only at a Monday night meeting as city officials from Portland, Tennessee (pop. 12,522) debated over whether to ban drag shows. Yes, drag shows.

No, this is not a joke. City leadership spent over an hour discussing a proposed amendment to a zoning ordinance that would effectively outlaw drag shows from happening in the downtown’s business district.

During the meeting, they listened to numerous community members, many of whom were opposed to the homophobic amendment.

Ray Guillermo, who owns Elite Star Productions, urged the board to visit his establishment and see one of the shows before making a decision.

“I think a lack of knowledge is the problem,” he said. “There is no nudity … This is not adult entertainment.”

“Kids see what we are doing and this is their way of expressing themselves,” Collins said. “In 2005, I hit my limit as a kid … and drag saved my life. That teen who is watching this right now, this is the turning point … Come see what we do and then make your decision.”

Of course, there was no shortage of naysayers.

Portland resident Nicole Vestal stood before the microphone and said she didn’t believe the proposed ordinance was homophobic at all.

“I applaud what you’re doing,” she told the board. “Regardless of the ACLU, I think you guys should keep going…transgender shows have no business in the downtown district.”

Related: Get an early sneak peak at the upcoming docu-series “Shade: Queens of NYC”

Vestal added that if people interested in drag should do so “in the privacy of their own homes.”

Another resident, Tom King, said just because he’s vehemently opposed to drag shows and LGBTQ people, in general, that doesn’t make him a bad person.

City attorney David Amonette had words of caution for the board, telling them to expect a lawsuit if the ordinance passed.

“We have received correspondence from attorneys and organizations concerned about the issues before you,” Amonette said. “There are some serious things in these letters I’d like to have the opportunity to review. I can assure you that you will be sued if you act hastily here.”

At the end of the meeting, the board couldn’t make up its mind, so they decided to defer the vote until they could speak to the state attorney general and find out if the ban is legal.

A final decision will be made no later than November 6. Who wants to make a bet on what they’re gonna decide?