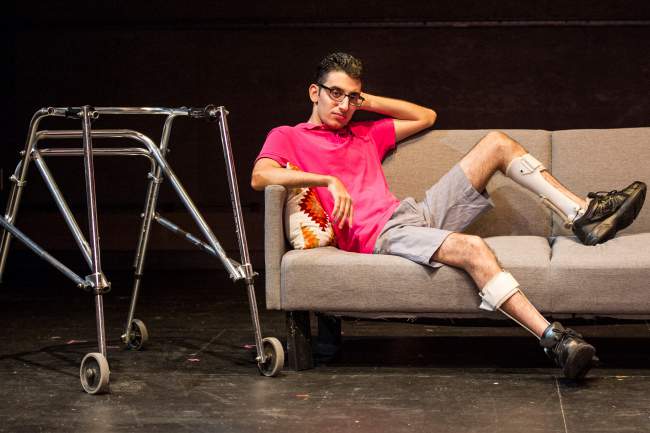 Ryan J. Haddad has a message for the world: He’s gay. He’s disabled. And he’s sexy as f*ck. And speaking of, ahem, f*cking, he wouldn’t mind doing some of that.

25-year-old Haddad is the subject of the first episode of Davey Wavey’s new digital series #ThisIsMe, which is a series that will feature “body image stories of gay men from across the spectrum of our community.”

Haddad has cerebral palsy and needs a walker to get around. He describes himself as a “hairy twink” not an otter (he doesn’t think he has quite enough hair to qualify as an otter) with nice legs and “a very respectable penis.”

Related: Turns Out Grindr Is A Godsend If You’re Gay, Twentysomething, And Disabled

When he first started going out to gay clubs in his early 20s, Haddad had some rather awkward run-ins with other guys. Often they would look at him with sadness or pity. It took him several years to realize that those were their issues and that it had nothing to do with him.

“I realize [now] that I am good enough,” Haddad says. “Men just don’t have the knowledge or the understanding required to approach someone with a walker. … I’m sexy enough. I just need someone who is emotionally and mentally sexy enough to see that in me.”

We definitely see it! Do you?

Check out Haddad’s video below…