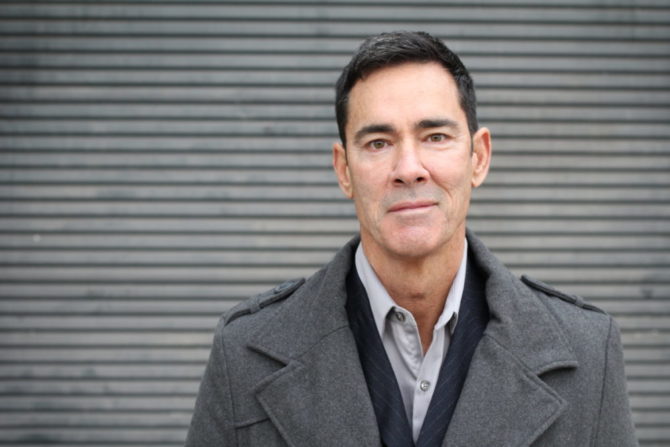 As the author of Queerty’s “Daddy Issues” column, about once a week I get an email from a stranger, usually an older gay man. He’s writing to tell me he’s feeling invisible, and either wanting advice or shaming me for not lifting his spirits with my words. Sometimes I’m even scolded for saying that at 53 I love my life, still sexual, still hitting the gym, the idea being that I too need to realize that it’s time to slip into the wallpaper.

If there’s one near-consensus among the 40-plus generation it’s that we weren’t prepared or prepped for this time in our history. While that can feel like existential drama, the important thing to remember is that we’re still here, we’re still queer, and we need to figure out how to get used to it.

I can’t pretend to understand each predicament, but I can at least respond to notes I’ve received, and offer suggestions on how to make it after all–although anyone who doesn’t get that reference can just stop reading now.

It’s easy to get bummed at the gym when a beautiful, young guy ignores your smile or brushes off your hello, cocky and dismissive like you’re an appetizer he just threw back. It’s probably harder if you used to be greeted with endless smiles, and phone numbers. But here’s the deal: The dude probably also does that to guys his own age who aren’t up to his “standards” (ask a few young men about invisibility), and he’s got major insecurity issues. And, putting aside vanity for a moment, is it really important that a stranger, a rude one at that, acknowledges you? Move on and pump responsibly.

2. You gotta get up every morning…

I’m almost thrilled today that I wasn’t considered drop-dead beautiful when I was in my 20s and 30s because I know so many men who hit the half-century mark and decide that, without those “perfect” looks anymore, their lives are meaningless. All the Botox and fat freezes and collagen implants in the world aren’t going to change things if you can’t find satisfaction on the inside, and that’s where the actual work needs to be done.

Take a cue from those who learned early on that, in order to make true friends, you needed to be funny, smart, confident, informed, or, wait for it… just plain kind. You already have those qualities stored up. If you haven’t already, start using them. (And by the way, maturity is sexy.) The late Carrie Fisher once said that youth and beauty are not accomplishments, and those are words to live by. The pressure we put on ourselves to be physically perfect is absurd at any age, so take some time off from the mirror and reflect on the beauty of what you can do with today.

Related: 7 things to never say when you first meet Daddy

You’re over 40, 50, 60, and you’re not a married “lady”–it’s one of the most common emails I get, detailing the loneliness that comes from being single in a now gay-partnered world.

After writing two gay wedding books I’ve come to resent how much the hetero-normal institution of marriage has been thrown at us like flypaper. (It’s much harder on queer millennials, who are now pretty much expected to tie the knot and start a family.) I stand by my books and would love to get married, but I’m not planning my life around an institution that will only work if I’m madly in love and he loves me back. And we both want to get married.

No matter how much you want to be married or partnered, if you can’t enjoy being single until, or unless, it happens, you need to do some serious personal work. If that means seeing a therapist to learn how to enjoy your own company, by all means, make an appointment. We all die alone, so take advantage of the quality time to commit to projects and hobbies in which solitude is a requirement.

A straight, single, female friend of mine forces herself to go to dinner–alone–once a week. She’s always nervous, but she’s determined to learn how to be alone in a coupled world. Some people read, some people garden, some people paint. If you’re only happy if you can identify as a “we,” you’re also more prone to couple up with a partner just for the sake of coupling up–and that’s just about the loneliest feeling in the world.

4. But you gotta have friends…

There’s a lot of solitude out there, especially as we get older, and I’ve received heartfelt emails from gay men who’ve lost their loved ones, who live in an area where Grindr is the closest thing they have to gay connection, or who truly believe they’re incapable of making new friends. Once you’re in a solitude rut, it can be difficult to break out of it. I live in New York City and I’ve gone through horrible ups and downs figuring out how to establish a social life.

It can be done, however, but you can’t expect the party to come to you. I have friends who’ve joined political groups and formed social clubs, who’ve started a side business, who’ve finally stopped drinking and learned it made them more accessible to adventure, who’ve finally written that book that, at 20, sounded like nothing more than cocktail chatter but now is printed reality, who’ve returned to the theater world they once abandoned as childish. And I have friends who’ve made it a priority to reestablish lost connections, lost friends, to keep alive those shared life experiences.

And speaking of parties, start entertaining again. In my parents’ day, it was de rigueur to socialize outside of a smartphone, and the trend is making a comeback. You don’t need a lot of money or a lot of preparation to have a few friends over for dinner or a cocktail party, and you’ll be surprised how many people are flattered to receive an invite. If you know how to cook or want to learn, you have an additional plus-factor in going this route.

5. Do not stand in the shadows.

The long and the short of it is that, if you don’t like feeling invisible, change the scenery. And know that the only people who are perpetually happy are actually Instagram photos. Get off social media if its false-fun feel is depressing you, stop watching bad television because you’re bored, and plot your course. Utilizing your particular talents, and we all have them, is a good place to start.

Make a simple goal and do something an hour a day or one day a week that you’ve never tried before, whether it’s joining a gym or taking a fitness class (for those of you who never indulged), volunteering at the local gay and lesbian center or anywhere that you believe you’d be most useful, or finally pursuing that bucket-list item that can no longer be left till tomorrow.

More important, take a stand. When I stopped seeing myself thoroughly represented in the publishing industry, I started writing articles about older gay men and pushing them onto editors. You’re reading one now. I believe that most dismissal (of whatever kind) can be eliminated or at least improved by our own determination to change the system, on personal and professional levels. If you don’t tell people you’re out there, there’s no incentive for anyone to notice.

For me, like so many other men in their 50s, I’m at a unique crossroads. I’m not bound by newfound expectations to get married and have children—as well as a youthful society that seems increasingly intent on shaming others—but I also watch mortality’s shades close down on my features every time I look in the mirror. My body feels them shut as well. And that accomplishment clock is ticking ever louder, like a cuckoo bird on Ritalin.

Am I lonely, scared, fearful of the future? Sometimes, sometimes every f**king day. Am I invisible? Only if you’re not smart enough to look.