With literally hundreds of queer candidates on ballots and even more working behind the scenes, it would be impossible to include them all in our Pride 50 roundup. So we’ve done our best to select a mix of people to highlight, knowing full well that there are many, many others who are just as deserving and worthy of honor this pride season. 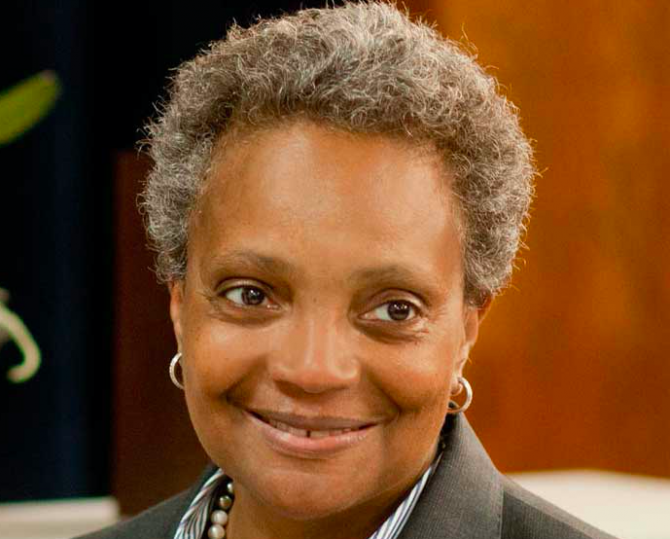 Lori Lightfoot made history in 2019 when she became Chicago’s first Black female mayor and first lesbian mayor. Since taking office, she’s been a powerful voice for the disenfranchised, standing up to everyone from homophobic police officers to ignorant city council members to Donald Trump himself.

Lightfoot began her career in city government in 2002 when she was appointed chief administrator of the Chicago Police Department Office of Professional Standards, a police oversight committee.

In 2010 she was named president of the Chicago Police Board, where she made recommendations about disciplinary action in police misconduct cases. A year later, she was named chair of a special Police Accountability Task Force, where she criticized the police union’s “code of silence” and advocated for police reform. And this, remember, was a decade before police violence became a dominant issue in American politics.

In May 2018, Lightfoot announced a long-shot candidacy for Mayor of Chicago, her first-ever run for public office. After a dramatic campaign that included a runoff election, she won more than 73% of the vote and all 50 wards of the city.

In recent weeks, Lightfoot has emerged as one of the loudest national voices speaking out against systemic racism and calling for police reform in the wake of George Floyd‘s murder and the protests around the country.

Police misconduct, from harming residents to covering badges to using homophobic language, will not be tolerated. Period. If you believe a police officer has committed an act of misconduct, please call 311 to report it. pic.twitter.com/hvi4UUZuOh

When I was coming out in my 20s, similarly I was worried about how I would be perceived, and I let people say terrible things about gays and lesbians in my presence and I was silent. I will be silent no more on any issue. When people say and do things that are offensive and racist, I feel I have an obligation to speak, and so I am.