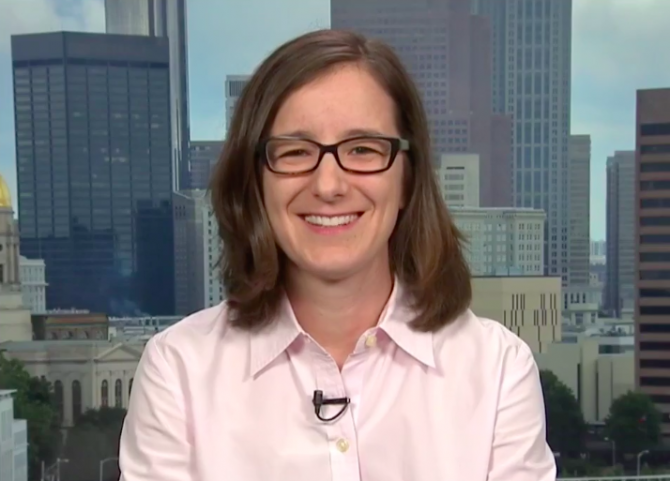 Former campaign manager to Stacey Abrams, and leader of Fair Fight Action, Lauren Groh-Wargo is perhaps the key player in the Democrat’s southern strategy, which is aiming to turn states like Georgia blue as early as 2020.

Prior to heading up Fair Fight Action, Groh-Wargo spent nearly two decades leading or advising political campaigns and progressive organizations across the country, which is where she met the dynamic Abrams, who narrowly lost a bid to become the first Black governor of Georgia in 2018 and is now under consideration as Joe Biden‘s running mate.

In 2014, Groh-Wargo launched and served as the first executive director of the New Georgia Project, working to register new voters across, particularly young voters, in the Peach State.

This year, Groh-Wargo published a New York Times op-ed detailing how Democrats can use Abrams’ historic campaign as a roadmap for taking back the White House in November: by paying meaningful attention to Black voters and, of course, actually delivering on the promises made to them.

We are facing an extraordinary election. It’s going to take more outreach, more voter education and more conversations about tough issues. This is the year to invest in Black voters as never before. And if we do so, we will win.