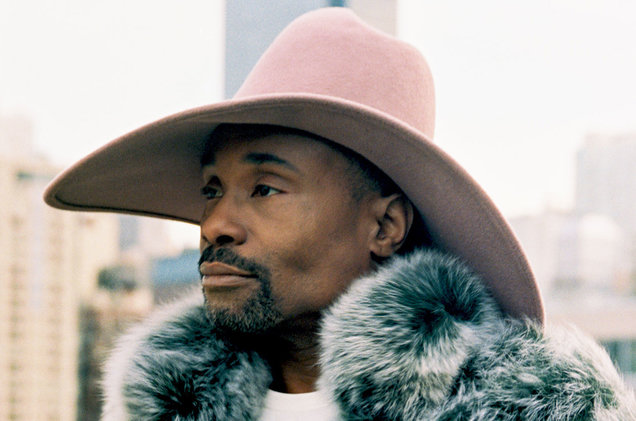 In a Daily Beast essay, Billy Porter eviscerates America’s systemic racism and the corruption of the Republican Party:

We are better than this!’ I hate it when people say that as if what’s going on in America at present is something new. So let me be clear right up front: America is not now, nor have we ever been, better than this. We have tried and, for suspended moments in time, we have succeeded. But make no mistake: This moment we are in is pure and purposeful chaos. We are a country founded on the plunder and genocide of a people who were already occupying this land, and a country built on the backs of a people stolen from their homeland, shackled on ships, and brought here to be enslaved. For 250 years! Think about that for just one moment.

The actor/activist goes on to discuss his own upbringing in racist white America and the climate of homophobia within his own African-American community.

I don’t even know where to begin. I’m sick of talkin’ about it. I’m all cried out. I’m done being scared. I’m over being terrified. I’m simply filled with rage…Ain’t never been no peace for me: a Black, gay man living in America. Rejection and oppression from the other side, and then turn around and get the same thing from my own. I’ve always found it strange how historically oppressed people very often turn around and inflict the same kind of pain onto another group of humans. I don’t get it.

Porter then comes to his point:

Voting is one of the only powers we have as American citizens. My ancestors died for us to have this right. Voter suppression is also psychological—to make one think their vote doesn’t matter and create apathy around engagement is the point. So, I’ma beg one last time: Vote. Please.

He goes on to indict the Republican Party over its corruption, plundering of the middle class, and its ongoing racism. He calls his targets by name: James Comey, James Mattis, Robert Mueller, Lindsey Graham, Mitch McConnell, and of course, Donald Trump.

For as long as I can remember, power has been the only goal of Republicans, whatever the cost—from trickle-down economics to mass incarceration, to stealing Supreme Court seats, and everything else. And as we have seen the entire Republican Party in the last four years, with few exceptions, line up behind this malignant narcissist lock, stock, and barrel, it’s become clear that to reign in absolute power has always been the plan, and the vessel to get there matters not. The GOP has been playing the long game and the rest of us got played.

Porter manages to end on a note of hope, and with a call to action.

I do still have hope. I do still believe that yes we can. And my true hope is that America won’t be like Icarus, whose hubris guided him to fly too close to the sun and who was burned alive. My hope is that all the citizens of America finally own our power, and understand that when we all vote, we can show the rest of the world what collective healing looks like. Are we better than this? We’ll find out on Nov. 3. Biden/Harris 2020, bitches!