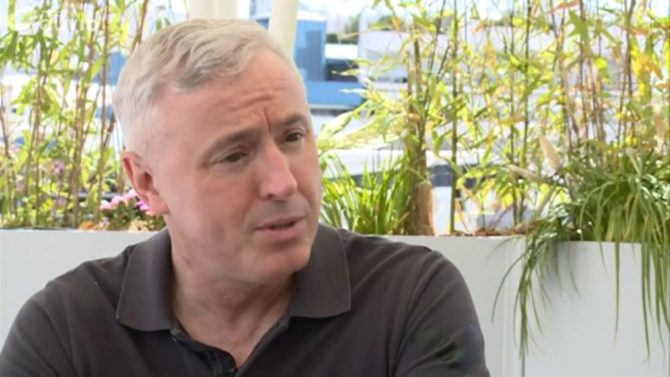 Who He is: Filmmaker

Why He Matters: Campillo rocked the film festival circuit with his film BPM, which won the Grand Prize at the 2017 Cannes Film Festival. The film is the latest and biggest milestone for the filmmaker, who began his career with the zombie film They Came Back (in which zombies look like everyday people), before moving on to the gay drama Eastern Boys. Campillo is one of the most acclaimed French directors working today, with his films racking up 9 Ceasar nominations (the French Oscars), winning five.

Why We’re Proud: In an age of antiretroviral therapy and PrEP, it is all too easy to forget how HIV/AIDS has ravaged the community. BPM reminds viewers of the immense toll the disease took, wiping out an entire generation of gay men. BPM chronicles the decimation of the community by HIV through the young protagonists of the film, especially how the disease affected relationships among gay men.

That’s something Rob Campillo knows a good deal about: he lost a boyfriend to AIDS in the 90s. The film commemorates one of Campillo’s most painful experiences, where one character cares for another as he dies. BPM also dramatically highlights the inaction of the plague by conservative politicians that cost millions of lives globally and the rage at the apathy about death and suffering that gave birth to ACT UP. The film endured protest from—surprise, surprise—Christian fundamentalists at screenings.

In an interview with The Hollywood Reporter, Campillo revealed the semi-autobiographical nature of the film, and his struggle to share his story:  “I was a bit afraid of tackling this. I just thought it was high time to deal with the topic.”