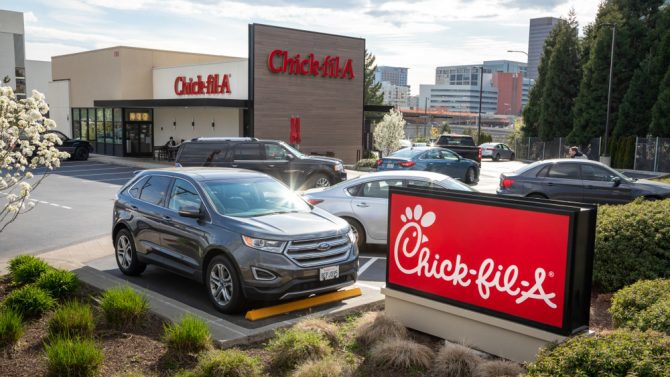 Controversial fast-food giant Chick-fil-A has said it will stop donating to anti-queer lobbying groups. The restaurant has a long and well-documented history of donating to anti-LGBTQ causes.

Related: Did Popeyes beat Chick-fil-A at their own game?

For years, that message has been one of hostility to LGBTQ people. Chick-fil-A has made large donations to groups like the Salvation Army, Fellowship of Christian Athletes, and the Paul Anderson Youth Home–all of which have anti-queer positions and policies. These donations, along with anti-marriage equality comments by CEO Dan Cathy, have stigmatized the eatery in the eyes of the public. Earlier this year, several airports denied Chick-fil-A applications to open new restaurant locations in their facilities, citing the business’ history of homophobia.

“When there is a tension, we want to make sure we’re being clear. We think this is going to be helpful,” Tassopoulos added. “It’s just the right thing to do: to be clear, caring, and supportive and do it in the community.”

According to Tassopoulos, the new policy will go into effect beginning next year. Thus far, Chick-fil-A has yet to issue an official company statement.