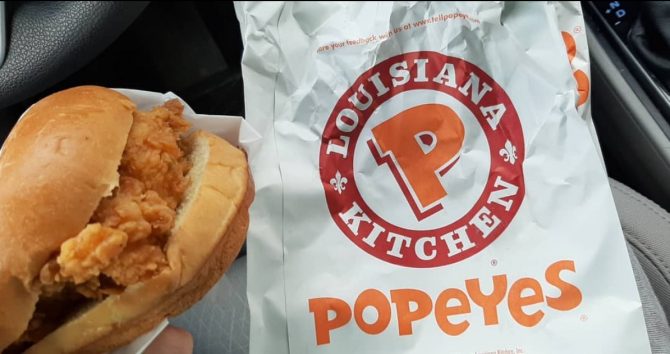 Chick-fil-A has always urged hungry Americans to “Eat mor chikin” and this month, customers did just that… at Popeyes Louisiana Kitchen locations around the country.

On August 27, Popeyes announced it had sold out of its new chicken sandwich, just two weeks after introducing it.

As CNBC reports, Popeyes locations have been selling out of the sandwich ever since the two fast food companies duked it out on Twitter.

In case you missed it, Chick-fil-A praised its chicken sandwich as “the original” in an August 19 tweet. That same day, the Popeyes Twitter account tweeted back, “…y’all good?”

We’re not shedding any tears for Chick-fil-A around here. As Queerty previously reported, the company increased its funding of anti-LGBTQ groups from 2015 to 2017 and earned a zero in the Human Rights Campaign’s Buyers Guide because of a lack of pro-LGBTQ workplace policies.

Meanwhile, Popeyes promises that “The Sandwich,” its viral sensation, will be back full-time.

Y’all. We love that you love The Sandwich. Unfortunately we’re sold out (for now). pic.twitter.com/Askp7aH5Rr