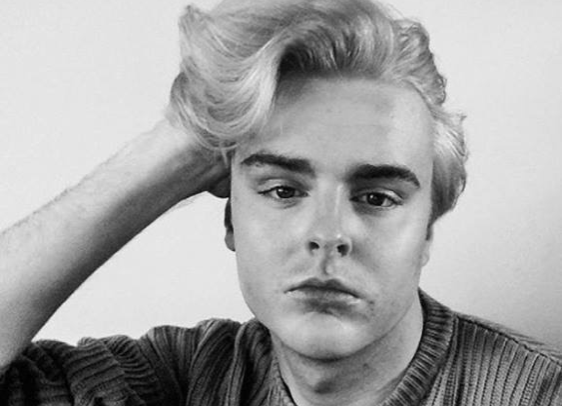 Aris Sizer has done the world a favor by explaining just what it means to be non-binary using simple words and easily digestible doodles.

Sizer currently attends York St John University where he is studying creative writing. Just to be clear, he has a penis, identifies as gay, and goes by the pronoun “he,” but when it comes to identifying with a specific gender, he’s non-committal.

Growing up, Sizer says, “I knew I wasn’t comfortable addressing myself as a guy, but I also very much knew that I had no desire nor intention to be a woman.”

“I have never felt attached to my assigned gender in any way whatsoever.”

And that is what makes him non-binary.

To better illustrate his point, Sizer created some doodles to explain the gender scale. Most people, he says, think being non-binary looks like this:

But, he says, it’s actually a little more complicated than that.

“Non binary means free from the binary (two) systems that were once in place, so simply drawing a line (or squiggle, whatever, shut up) between man and woman a non-binary does not make,” he explains.

As you can see, he’s not on the scale at all. He’s his own special star shining by himself high above everyone else.

“I don’t want to be a part of that spectrum at all,” he writes, “and that’s not because I’m some petulant child that wants to uproot the foundations of society (not yet, anyways), nor is it because I ‘want to be interesting’ (I’m exceptionally interesting regardless of my gender thank you) or because I’m a ‘special snowflake’ (whatever the fuck that even means), it’s just because it’s the truth.”

Sizer is hardly alone is how he feels about gender. According to GLAAD, 12% of millennials currently identify as genderqueer, transgender, or gender non-conforming. Meanwhile, celebrities like actor Tom Phelan (pictured), model Andreja Pejic, and rapper Angel Haze are stepping up to show the mainstream exactly what those terms mean.

Sizer says he doesn’t care if people accept his gender or not because “it makes no difference either way.” Ultimately, he writes, “the topic of your identity begins and ends with you, nobody else.”

They can, however, be explained in doodles.

If you’re cis-gendered you may find all of this a little difficult to understand at first, but here’s a top life hack on how to deal with it all: when someone tells you how they feel believe them, and accept them for it. That’s the easiest thing in the world. And remember, it’s definitely taken the person telling you a million years longer to understand it themselves. Take it from Disney: