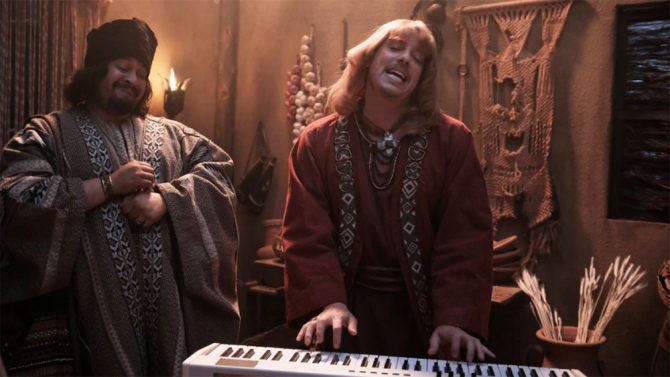 The controversy over The First Temptation of Christ, the Brazilian film which depicts Jesus as a gay man, continues as the creators of the film, the comedy troupe Porta dos Fundos, has labeled protesters homophobic.

Protests against the film, which depicts Jesus as gay and Mary as smoking marijuana, began immediately after its December 3 release on Netflix. At the time of this writing, more than 2 million people have signed a petition to demand its removal.

Related: Is The Religious Right Ready For A Gay Jesus? (Hint: No)

Porta de Fundos co-founder Fábio Porchat, thus far, refuses to bow to the criticism. “It doesn’t incite violence, we’re not saying people shouldn’t believe in God,” Porchat told Variety. “[Netflix] haven’t said anything to us like, ‘Maybe we should stop making the special available.’ They support freedom of speech.” He goes on to say that people who actually watch the film understand the satirical points it makes. He also adds that the real cause of the trouble is homophobia.

“For some Catholics here in Brazil, it’s O.K. if Jesus is a bad guy, uses drugs: That’s no problem,” Porchat says. “The problem is he’s gay. No, he can’t be gay. And that’s interesting because Jesus is everything. God is black and white and gay and straight. God is everything. It’s more homophobic to be insulted by a gay Jesus than to make Jesus special.”

Netflix has yet to announce any plans to remove the film from its library.