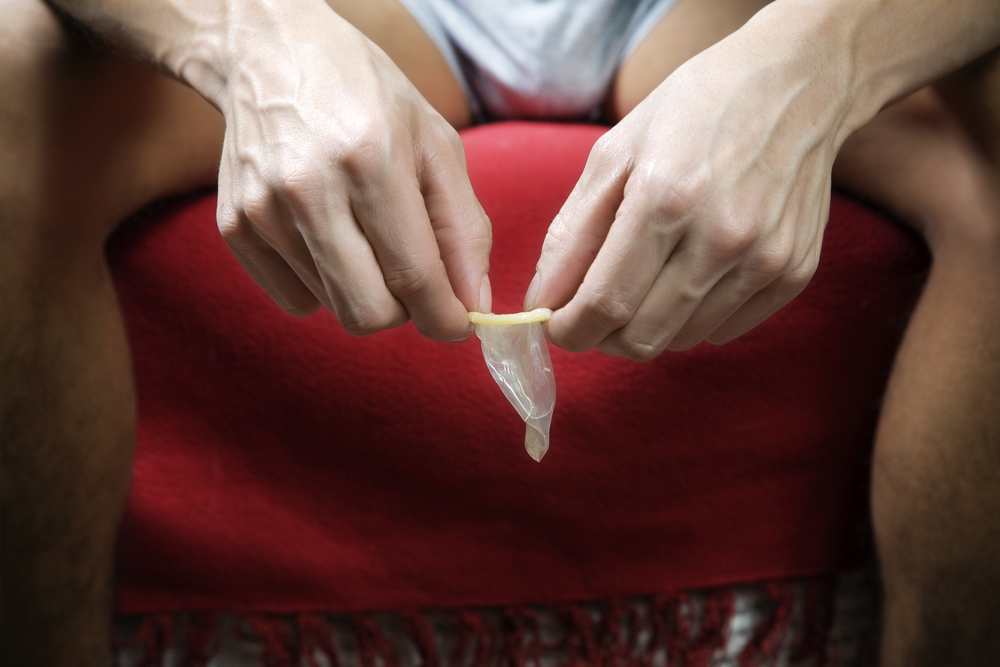 Marcus and I had been seeing each other for about six months when I finally ended things. It wasn’t his looks, personality, or body—hell, no, on all three counts—it was because I had made the conscious decision to stop wearing condoms with men who were more than just a quick fix.

Related: Ten Reasons This Little Blue Pill Could Save Your Life

I got over that quickly.

My sex life from the age of 20 to about 50 involved adhering to a strict condom code. It was a 30-year necessary form of survival for men of my generation. With most studies showing PrEP’s rate at preventing HIV infection hovering at around 99 percent (when taken daily), I decided I’d earned the right to be “selfish” in bed.

Studies concur that I’m not the only one who feels this way. And if personal experience is any indication, along with what my friends tell me, most of the men who say they are using PrEP as extra protection along with condoms are lying.

“I meet guys all the time who go on and on, posting on social media about how PrEP is an extra security blanket or something, but when you get to know them, they wouldn’t think of using a condom,” says Frank, a 34-year-old Truvada user who says he has not worn protection in more than five years. “I don’t know why they do it; it’s like they want to feel superior in public.”

Related: Is everyone an adult film star now? OnlyFans and the mainstreaming of gay sex

“When you see Grindr, there’s a graph that says your status,” says Lucas. “Then there’s a choice to make; negative, on PrEP. Half of Grindr is negative on PrEP. There’s no way that someone who writes that will be using a condom.”

Damon Jacobs, a PrEP advocate, and therapist, says condoms will remain in a diminished capacity, mostly for those who are concerned about non-HIV STIs: “It’s the beginning of a new era of how we’re talking about sex. People have not been using condoms since the beginning, but now people are talking about semen exchange as a part of the pleasure. Condoms aren’t the enemy, and people will continue to use them, not because of HIV, but because of the other stuff.”

Jacobs believes that much of the backlash against PrEP users stems from “ignorance, fear, and, many times, trauma.”

“People like me, who survived the AIDS crisis, have a really hard time separating sex from death and disease. People were initially opposed to PrEP on a moral, not medical, basis.”

While it’s often taken a backseat to the PrEP/no condom debate, undetectable men are adding another layer to the raw v. wrap debate.

“I’ve been undetectable for five years and I no longer fear that my penis is a weapon, nor do I worry about condoms, either on me or my partner,” says Luis, 58. “But about a year ago, after a guy topped me, I reminded him again that I was undetectable and he freaked out. He told me I’d probably given him AIDS and never spoke to me after that. So the ignorance is still out there.”

Clearly, not everyone has jumped on the condom-less bandwagon and many men I spoke with don’t see them disappearing anytime soon. While some simply distrust the statistics of Truvada or undetectable success rates or fear they are going to change when a new strain of HIV appears, others fear a new catastrophic rise of  STI’s that are increasingly resistant to medication.

“Every time I think about sex without a condom, I just think of all the diseases I might be exposed to,” says Marcus, who agreed to be interviewed for this piece on the condition that his surname be omitted. “Too many guys are having raw-sex parties, there’s men who invite people over for Pump N Dumps; we’re just headed for some sort of disaster. I don’t think every bareback guy is promiscuous, but, as it’s always been, when you sleep with one guy you’re sleeping with all the other guys he’s been with. I don’t think condoms will die out until HIV ends and STD’s are kept to some kind of minimum…

“So, probably never,” he concluded.

As for me, I’m old enough, and was precocious enough, to remember a time when men were having unprotected sex without ever mentioning a condom. Yes, they talked about STI’s and often made regular testing appointments. But I never saw a Trojan pop out of its wrapper until after I heard the word AIDS. Will that day arrive again?

Only time, science, and public opinion can tell.