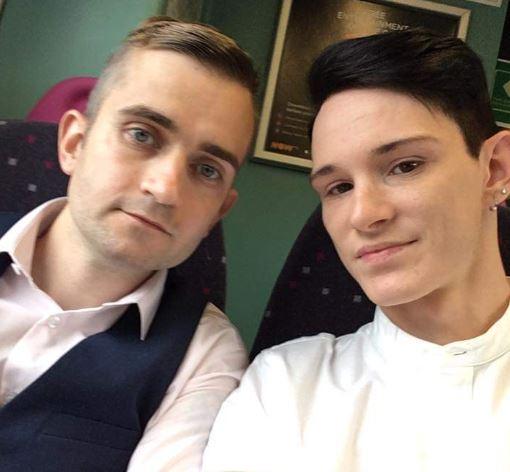 A gay couple in the UK is trying to recover following a brutal beating outside a gay club that left both with serious injuries.

Dan Wilson and Rob Morris suffered violence at the hands of five men outside the nightclub Colors in Basildon, England in the early morning hours of October 10. The two had spent the evening out partying, and Rob had dressed in drag for the occasion.

As the two walked home toward their flat, the gang approached them shouting homophobic slurs.

Related: 20-year-old hero stabbed in the back in possible anti-gay hate crime

“It was terrifying, we didn’t know if they had any weapons,” Dan told the UK outlet Echo News. “Rob had been dressed in drag at the time. We knew straight away they were coming straight for us.”

The men began attacking Wilson & Morris, punching and kicking them to the ground, then stomping on them. Both men suffered serious injuries.

“We’re covered in cuts and bruises, and I’ve got cracked ribs,” Wilson said. “Rob came off worse, we had a heads stamped on by them. It was horrible. We’re so grateful for the couple who stepped in to help. They prevented it getting any worse. This kind of thing just shouldn’t be happening. Basildon is meant to be promoting the LGBT community.”

Wilson also added that both he and Rob “thought they were going to die.” Both men received treatment at a nearby hospital, and were discharged later that day.

Following the attack, the couple called for police assistance, but no officers came. Law enforcement did not open an investigation until the following day.

In a statement, local police defended their response (or lack thereof), and offered an official update to the case.

“We are investigating after a man was assaulted in Southernhay, Basildon in the early hours of Sunday 10 October,” the official statement read. “The victim sustained a number of injuries after being attacked by a group of five people who also shouted homophobic abuse at him. An officer has been allocated to the investigation. He has been in contact with the victim and our inquiries are ongoing.”

“We know how distressing these incidents are and we try to respond to as many calls as possible with officers attending as many incidents as possible,” the statement continued. “However, a number of factors could impact on our ability to respond including the number of incidents taking place within the district, or within the county, that require a high-level resource. There may also be a large number of emergency calls that officers are attending. At the time this incident was called into us, all our available officers were deployed elsewhere.”