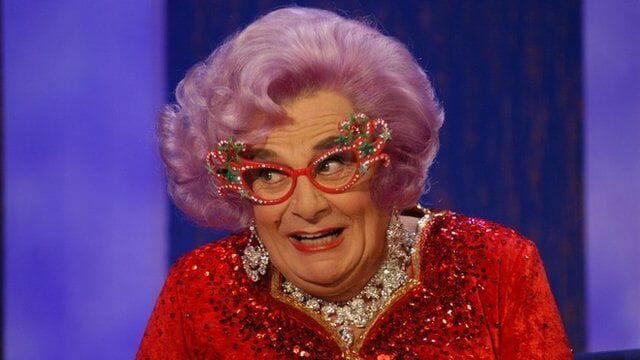 In a new interview with the Spectator, the subject of trans rights came up. When asked his opinion on the matter, the Australian deplorable replied, “Terrible rat-baggery!”

84-year-old Humphries then went on to call being trans a “fashion–how many different kinds of lavatory can you have?” before adding, “And it’s pretty evil when it’s preached to children by crazy teachers.”

Barry Humphries is a female impersonator rather than being a @RuPaul drag queen on @RuPaulsDragRace. He is a heterosexual man who puts on women's clothes as a costume to create his Dame Edna Everage character. As such, he lacks empathy towards those who are transgender.

But this isn’t the first times Humphries has attacked trans women.

In 2016, he called Caitlyn Jenner “self-mutilated” and a “publicity-seeking ratbag.”

“They had their genitalia chopped off and tucked in and whatever they had to do,” he added. “It’s all given the stamp–not of respectability, but authenticity or something. If you criticize anything you’re racist or sexist or homophobic.”

In that same interview, Humphries voiced his undying support of Donald Trump.

“I’m grateful to Trump for stirring up politics,” he said. “And I won’t be joining any marches against him.”