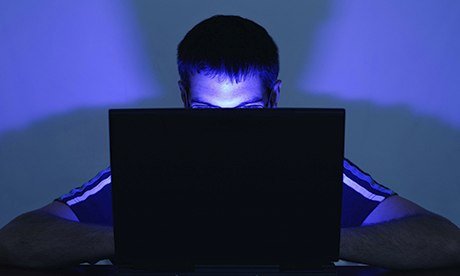 It all started when his ex posted one of their x-rated videos on Facebook, then tagged all the victim’s friends and family members, including his mother.

“The phone started going nuts,” the victim, speaking under anonymity, explains. “My friends were calling and asking if I was aware about what was going on. … The worst was when my mother called up and told me she didn’t need to see me having sex.”

Yeah, we can imagine that would probably be The. Worst.

But, actually, no. That was only Act 1 of the nightmare.

A few weeks later, the ex uploaded another x-rated video of the couple on YouTube. Then he sent the link to the victim’s family, including his poor mother again. He also sent it to all of the victim’s coworkers, as well as his boss.

“While the images were taken down off Facebook mostly within a few hours, the email to my work was not able to be retracted,” the victim says. “The damage by then was done.”

The man said the whole thing was humiliating, not to mention confusing, since he genuinely did not know why his ex was being so vindictive, saying “no explanation rationalizes it or makes sense of it.”

“I went to bed every night not wanting to wake up the next morning,” he recalls. “I just didn’t want to deal with it.”

“Nonconsensual pornography can have a devastating and lasting impact on victims,” she said, “so it’s vital that we understand how common this is and who is affected.”

Luckily, the victim’s boss saw right through the ex’s slimy actions, responding to the email: “This says nothing about [the victim] and everything about you.” The victim’s coworkers were also sympathetic, and the problem quickly went away.

“Their response was amazingly good,” the victim says. “You couldn’t want for better.”

Related: Man Contemplates Sleeping With Cheating Ex’s Brother In An Act Of Revenge