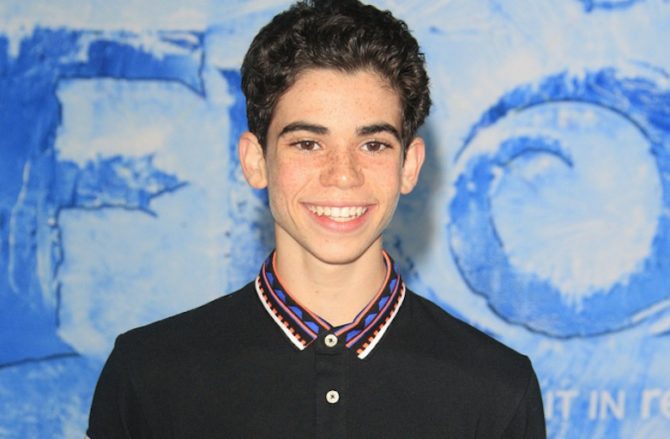 Boyce, 18, stars as Carlos in Disney’s Descendants and Decendants 2.

“Whether or not Cameron will continue his relationship with APA remains to be seen,” said Kasey Kitchen, Boyce’s spokesperson from East 2 West Collective. “Tyler Grasham, however, is most definitely fired.”

In a lengthy Facebook post written on Monday, actor Blaise Godbe Lipman alleged that he was sexually assaulted by Grasham when he was a teenager.

“Tyler Grasham, under the pretense of a business meeting regarding potential agency representation at APA Agency, fed me alcohol while I was underage and sexually assaulted me,” Lipman wrote.

A second person, Lucas Ozarowski, came forward to accuse Grasham of inappropriate behavior. And this time, there were some damning visual aids in the form of Facebook messenger screengrabs.

Then Orphan Black star Jordan Gavaris took to Twitter to share a disturbing experience he had with Grasham, when he was first trying to break out in show biz at age 21.

In a statement, APA said it plans to hire an outside agency to investigate.

“APA takes these allegations extremely seriously and is investigating this matter,” an agency spokesperson said.

Meanwhile, we imagine there are many calls from competing agencies going out to Grasham’s remaining client list right about now.