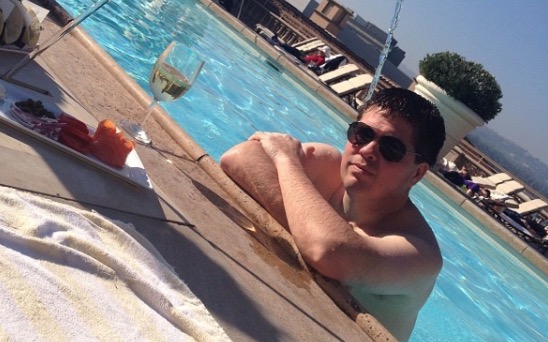 A powerful Hollywood agent who primarily represents teen and child actors has been accused by two different young men of sexual assault and harassment.

In a lengthy Facebook post written on Monday, actor Blaise Godbe Lipman alleged that he was sexually assaulted by Tyler Grasham of the Agency for the Performing Arts (APA) when he was a teenager.

Lipman has appeared in Weeds, The Office, and The Suite Life on Deck. In the post, he says the incident took place at Grasham’s house in the summer of 2007, around the time of Lipman’s 18th birthday. He claims that Grasham supplied him with alcohol then aggressively came onto him.

“Tyler Grasham, under the pretense of a business meeting regarding potential agency representation at APA Agency, fed me alcohol while I was underage and sexually assaulted me,” Lipman writes.

Yesterday I posted my "me too" contribution, briefly sharing my experience with sexual assault at the hands of a man in…

Then a second person came forward to accuse Grasham of inappropriate behavior. And he says he has the text messages to prove it.

A young man named Lucas Ozarowski claims that in 2015 he attended a party for another APA agent at Grasham’s home. While he was there, Grasham allegedly “pulled my pants down” and “grabbed my genitalia.”

“I had to forcibly remove his hand and got up and left his house,” Ozarowski wrote.

Ozarowski also shared screenshots of alleged text exchanges between him and Grasham from after the incident. In one exchange, Grasham appears to have acknowledged the groping in a text, writing “Stop. I flirt.” and “Sorry. I won’t” In another, he writes, “I said I was sorry.”

Tyler Grasham brought me to a party for another APA Agent at the Sandbox. He kept handing me drinks, one after another,…

In a statement, APA said it plans to hire an outside agency to investigate the claims. Grasham remains employed with the agency and currently represents Keegan Allen (Pretty Little Liars, King Cobra) and 14-year-old actor Finn Wolfhard, most recently seen in Stranger Things and It.

“APA Agency has kept this man employed, working with kid actors,” Lipman says. “I find it incredibly difficult to believe they do not know of his predatory behavior, using his position within the company to prey on naive kids. Although his power in this biz is nowhere near Weinstein level, the collective power of agents is massive.”

down and out
19 comments