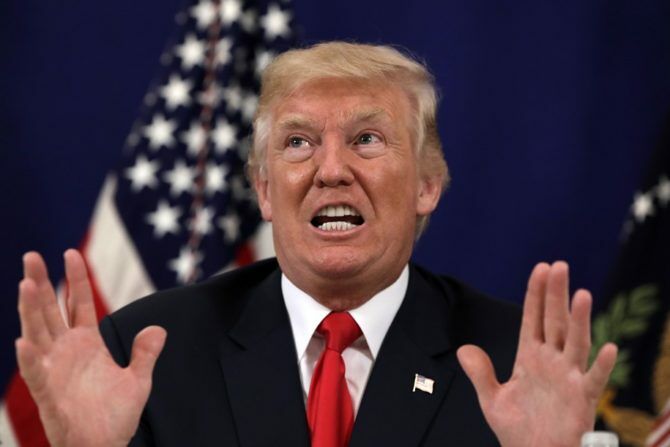 While giving a private speech at a fundraising dinner in Florida this week, Donald Trump took a moment to inform everyone as they were dining that he has never been urinated on by prostitutes.

While speaking at the National Republican Senatorial Committee retreat in Palm Beach, the ex-president went on one of his bizarre tangents where he denied enjoying “golden showers” and suggested ex-FLOTUS Melania Trump agrees that it’s definitely not something he likes.

“I’m not into golden showers,” he said in reference to that unverified dossier by former British spy Christopher Steele alleging the existence of a Donald Trump pee tape. “You know the great thing, our great first lady, ‘That one,’ she said, ‘I don’t believe that one.’”

Now, we have two things we’d like to say about this:

1. Generally speaking, when a person says something totally random like “I’m not into golden showers”, it usually means the opposite. Denying the truth doesn’t change the facts. (No shame against people who are into golden showers, BTW. Let your freak flags fly!)

2. Melania Trump saying she doesn’t believe the golden showers story implies that she does believe all the other insane allegations that have been made against her husband.

Let’s take a look at what people are saying…

“I’m not into golden showers,” Trump said unprompted and apropos of nothing at a Palm Beach fundraiser.
Confirming what he denies.

I know it is going to be a good Friday when #goldenshowers is trending.

Not a single living soul:

"I'm not into golden showers, I have a lot of black friends, I have very big hands and I'll be releasing my tax returns very shortly."

"I'm not into golden showers."

I never believe any outrageous rumor until Donald denies it.

Golden Showers, the political topic everyone is interested in pic.twitter.com/SEMolt9GAk

FDR: "The only thing we have to fear is fear itself."

DJT: "I'm not into golden showers."

TRUMP: And another thing, I am not into Golden Showers…

[Polite smattering of applause from the Boy Scouts of America Jamboree.]

Announcing to a roomful of people that you’re not into Golden Showers when the topic you’re supposed to be addressing is politics means one thing and one thing only:

You’re REALLY embarrassed about how into Golden Showers you are.

Me, when Not Into Golden Showers trends. ??? pic.twitter.com/cAoswjeMtd