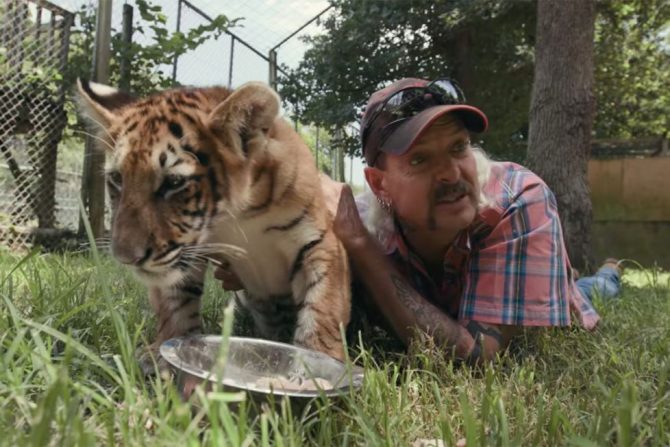 Brace yourselves, kids: Joe Exotic, Carole Baskin and the rest will stage a rematch this year. The trailer for Netflix‘s Tiger King 2 has arrived.

The new series, set to debut this November, catches up with Exotic, Baskin, et. al in the aftermath of last year’s Tiger King. The show became a runaway sensation due to its utterly bizarre story of the rivalry between big cat enthusiasts, and thanks to its release at the start of the COVID-19 pandemic.

The new show finds Exotic–the gay, tiger-loving redneck–still stuck in prison on attempted murder charges, having hired a hitman to kill his longtime rival, fellow cat lover, Carole Baskin. Baskin, meanwhile, in the wake of the original series, experienced a newfound wave of fame, even landing a spot on Dancing with the Stars. On the other hand, said notoriety also invited new scrutiny, especially to the longtime rumor that Baskin had killed her late husband, Don Lewis. Tiger King 2 also follows up on the story of Doc Antle, Joe & Carole’s swinger colleague; Jeff Lowe, whom Exotic accused of stealing his zoo; and follows Joe Exotic and his deputies’ campaign to swing a pardon from Donald Trump.