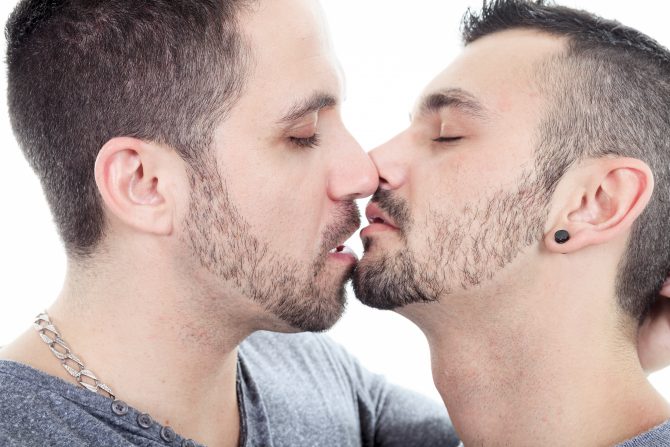 Imagine this: One of your favorite adult actors reaches out to you and starts flirting. Then he asks you if you’d appear in a video with him. He even throws in a plane ticket. Would you take him up on the offer?

That’s the exact prospect one Reddit user is facing. “He is [an adult film star] I’ve been crushing on for years so I really want to do it but not sure,” the guy wrote in a recent post. “I looked at his profile on Scruff on the Most Woof’d section, and he messaged me right away. After chatting and flirting for a while, he asked me to do a video with him and that I can wear a mask if I wanted.”

The problem, this guy said, is that he has a job and that he plans on enrolling in professional school next year, and so he’s worried that he’ll tarnish his reputation by appearing in the video, even if he wears a mask. “I want to do it so bad but also worry about the consequences,” he writes. “Would you do it with a mask on or just decline the offer? Are there any guys here with professional jobs that do videos? Has this affected your career/life in any way?”

Unfortunately for this fella, commenters on the post didn’t reach any consensus. Many sent strong words of warning.

“There’s no way back if the video is posted, so think wisely!” wrote one. Commented another: “Absolutely don’t do this.”

Another guy said a video he made “definitely affected” his professional life. “Depends on the field you are going into [and] whether it’s a big deal or not, I would reckon,” he added.

Multiple users, meanwhile, said the offer seemed fishy. “Seriously, he could make a video with anyone,” a commenter wrote. “Something’s really weird here and it would set off red flags for me.”

Other dudes, on the other hand, didn’t raise as much alarm. “If you don’t maintain an account and you’re just a ‘random hookup’ from his video, you won’t be easily recognized except by friends who are watching his videos or on Twitter looking up clips,” said one. “I know many professional guys who maintain smutty Twitter accounts, do go-go dancing on the side, or even do full-on OnlyFans without much cause to worry. If you are in public service or work around children, I would give a little more pause.”

And some encouraged this guy to go get his. “I think you should do it or you will regret it forever,” wrote one. “Wear a mask, protect your identity, and have fun.”

“When would you ever get the opportunity to do so?” asked another. “If you have a mask on, you’re pretty much in the sea of countless guys who have released stuff with a mask on, as well. And think of the amount of [adult content] out there. What’s the chance yours will still be seen a few weeks months or years from now?”

What would you do, dear reader? Does this sound like a dream scenario or a mistake waiting to happen? Give us your thoughts in the comments below.