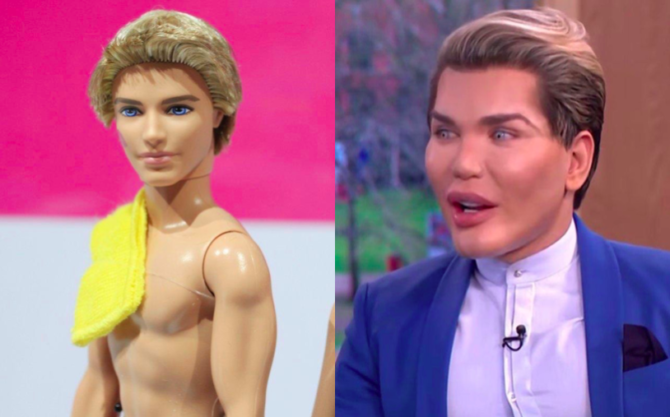 Rodrigo Alves, aka the “Human Ken Doll,” says he’s spent close to half a million dollars on nearly 50 plastic surgeries in an attempt to alter his appearance. Eight of them were for nose jobs.

Alves has funded the procedures with money from properties he inherited from his grandparents. When asked if he might be addicted to plastic surgery, he wouldn’t even entertain the thought.

“No one can get addicted to plastic surgery,” he insisted in a TV interview. “There’s no such thing.”

Well whether he’s right (he’s not) or he’s merely reached the physical limits of body modification (he has), Alves says he’s packing up the scalpels. 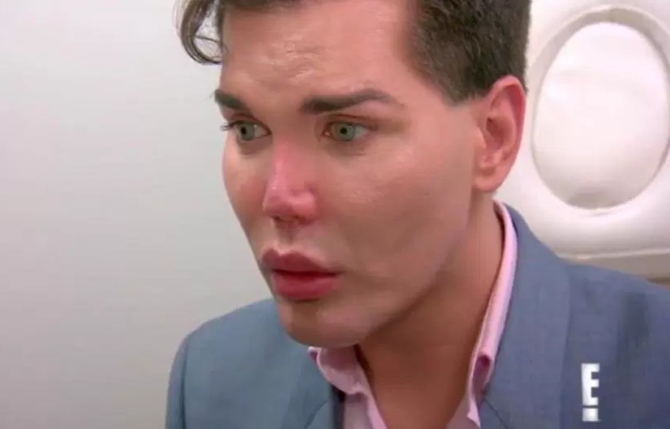 And while he may not be going under anesthesia any time soon, his latest fixation is hardly a departure.

“I have been stuffing my face like crazy and I’ve gained more weight than ever!” he explains.

Yes, Alves has abandoned (perhaps temporarily) his pursuit of the ideal face to focus on his weight.

“I have been suffering from anxiety lately which lead me to gain nearly over forty pounds in weight and all my outfits are feeling really tight.”

And while you might expect him to take a surgical approach to that as well, for now he’s going at it the old-fashioned way.

“In the past, each time when I was overweight or when my fashionable favorite outfit didn’t fit me I would just book and have an invasive lipo – but my body reached a stage where it is full of fibrosis which makes the procedure risky.” 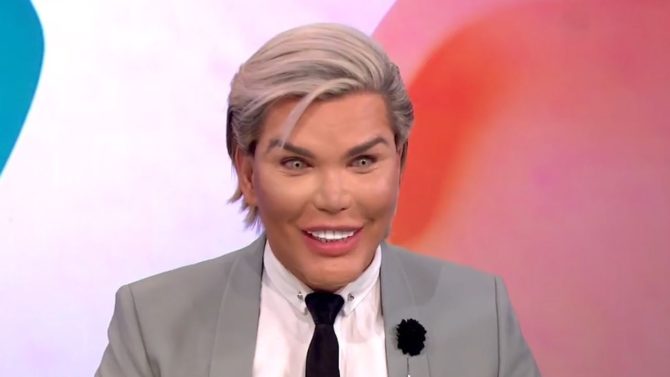 That harsh reality has dashed any chance of performing gastric bypass, a procedure that carries heavy risk in even the most ideal circumstances.

The Brazilian cosmetic surgery enthusiast is also hoping to settle down and find “the one,” but not before a few more hair implants in Los Angeles later this year.