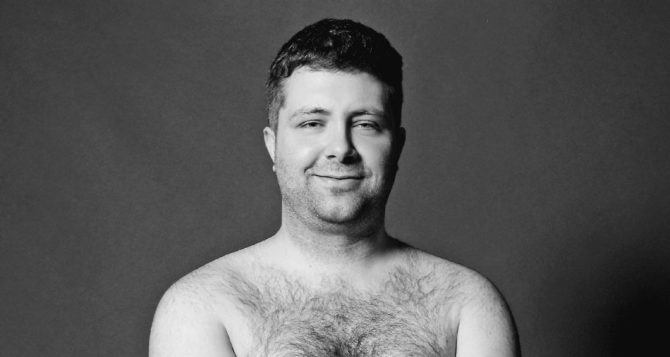 “The devil and the grave are never satisfied, and neither are we,” 28-year-old David tells Attitude UK in a frank new interview. “Of course, I’d love to be a muscled Adonis with a face fit for billboards, but then I wouldn’t be the person I am today.”

David recently participated in the magazine’s “Real Bodies” campaign, where he posed for pictures and discussed his struggle with accepting his huskier body type.

“It can be disheartening when all you see is half-naked hunks and sidebar of shame-esq stories of how ‘grotesquely overweight’ some poor soul half your size is,” David explains “but you have to detach yourself from that. It’s all just stuff and nonsense.”

However, he says, apps like Grindr and SCRUFF certainly don’t make detaching oneself easy. 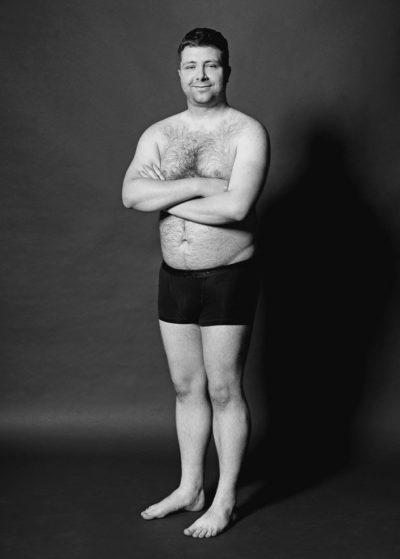 “The sheer nature of those apps means that people are judging the proverbial book by its cover before they’ve even had a chance to read the first page,” David says. “People tend to focus on what they don’t want rather than what they do, and more often than not it’s referring to physical appearance.”

But the pressure placed on gay men to have perfect gym bodies isn’t just frustrating. For many guys, it can have truly damaging consequences.

According to a recent report in Psychiatry Advisor, gay men are three times more likely to suffer from an eating disorder than their straight counterparts, and nearly 15% of all gay men have dealt with anorexia or bulimia at some point in their life.

These societal standards bleed over into a sexualized subculture that places a premium on muscularity and masculinity. It can be witnessed in the ads on popular gay men’s hookup apps like Grindr, where many profiles specify, “No Asians or Fems,” creating a tangible hierarchy of physical desirability. Whiteness, low-body fat, physical height, muscles, and masculine features are prized, while darker skin, slight stature, and feminine affectation are ridiculed.

“I think it’s important to just embrace whatever state your body is in at this moment in time,” David explains. “I have been super slim, and I still had the same amount of insecurity as I did when I was bigger. No matter what shape your body is in, there will be things you want to change.”

He adds: “If you’re not happy with your body, do something about it, but don’t beat yourself up about having to be “perfect’.”

Related: This guy is sending a body-positive message by recreating iconic celebrity photos