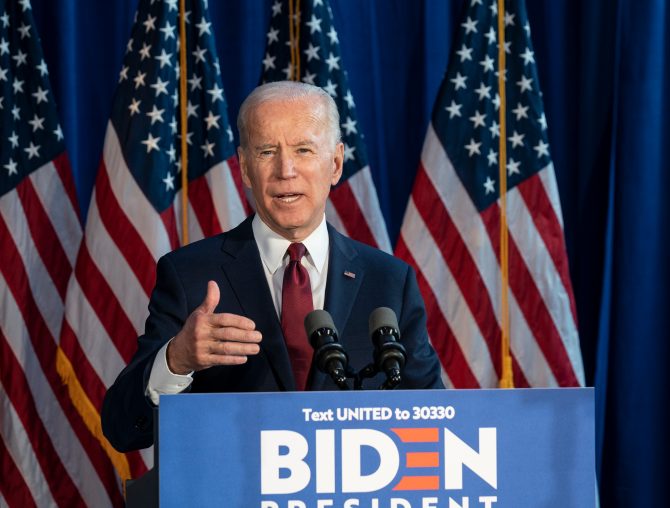 As if there needs to be anything else at stake in next week’s presidential election, Joe Biden has publicly pledged to prioritize passing the LGBTQ rights legislation known as the Equality Act during his first 100 days as president should he win. He also made a commitment to tackle LGBTQ rights overseas by placing equality at the center of his diplomatic endeavors.

Speaking with the Philadelphia Gay News, the Democratic candidate and former vice president laid out his case for supporting the queer community.

Though he’s previously voiced support for the Equality Act, it’s notable that he’s willing to address equality so early in his potential administration, especially with all the other pressing issues facing the country.

Trump, who loves to talk about what a blessing he is to LGBTQ people, has opposed the legislation, arguing it could “undermine parental and conscience rights” including the so-called religious liberty issue.

The Equality Act passed in the Democratic-controlled U.S. House of Representatives in 2019, only to die in the Republican-led Senate.

Need information to ensure your ballot is counted this election? Head here.