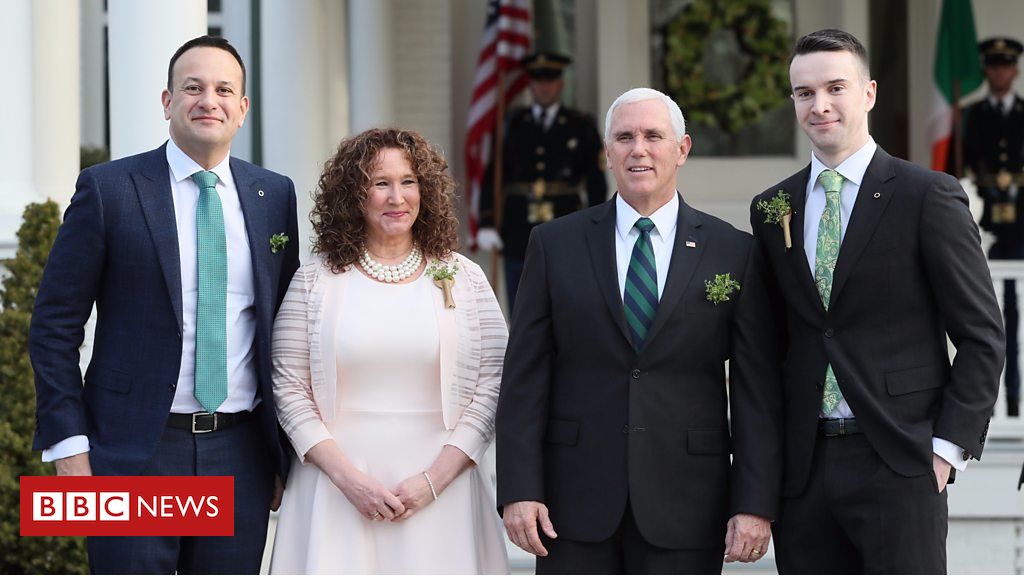 Who He Is: Prime Minister of Ireland (Taoiseach)

Why He Matters: Varadkar is the first openly gay prime minister of Ireland and the youngest person to hold the position.

Why We’re Proud: Varadkar has shattered Ireland’s image as a country virtually synonymous with conservative Catholicism. He also managed to humiliate Vice President Mike Pence in the most charming way possible: by being himself.

Last March, Varadkar was Pence’s guest at a breakfast meeting at the U.S. Naval Observatory. Nothing out of the ordinary there–each year, Ireland’s Taoiseach presents a shamrock to the U.S. president around St. Patrick’s Day.

The big difference this time: Varadkar brought his partner, Mike Barrett, to the meeting with Pence and his wife Karen, who was just in the news for her school’s anti-LGBTQ policies.

Moreover, in his comments, Varadkar made a point of essentially subtweeting the Pences.

“I stand here this morning as leader of my country,” Varadkar said, “flawed and human, but judged by my political actions and not by my sexual orientation or my skin tone or my gender or religious beliefs.”

He continued, “And I don’t believe my country is the only one in the world where this story is possible. It is found in every country where freedom and liberty are cherished. We are, after all, all God’s children.”

Afterward, Varadkar said his comments were meant to challenge Pence–politely, of course–and send a message to youth everywhere.

“Part of leadership is really speaking to people in a respectful way and setting an example,” Varadkar said. “I hope that any actions I do around equality for any LGBT members of society, and for women as well, gives encouragement to young gay people and young women to believe that anything in life is possible.”

It’s taken Varadkar a while to grow into the role of a gay hero. The son of an Irish mother and a father who immigrated from Mumbai, Varadkar has been politically active since college, while earning his medical degree and becoming a general practitioner.

But his road to coming out was bumpy. His first speech in the Irish parliament was in 2010 on a topic close to his own interests: a civil partnership bill. At that point, Varadkar hadn’t come out yet, and his speech centered on concern about children not being raised by a father and a mother–something much more likely to come from a conservative politician.

It was another five years before Varadkar finally came out, as the country was debating legalizing marriage equality. By that time, Varadkar had risen through the political ranks to become Minister of Health.

“There’s a referendum on marriage equality coming up too, and I just want to be honest with people. I was thinking about the arguments that I might make, and all the arguments that I was going to make were kind of detached” he said at the time. “What I really want to say is that I’d like the referendum to pass because I’d like to be an equal citizen in my own country, the country in which I happen to be a member of Government, and at the moment I’m not.”

Since then, Varadkar has been making up for the lost time.

He has issued a formal apology to men and women convicted for being gay or lesbian, paying “special tribute to…the unknown heroes, the thousands of people whose names we do not know, who were criminalized by our forbears.”

He has also said that he “profoundly disagrees” with the Catholic Church’s stance that same-sex affection is “intrinsically disordered” and in conflict with natural law.

“Natural law is not the law,” he said. “The law in Ireland is what’s in our Constitution” and what’s passed by parliament.

Shortly after being elected Taoiseach, Varadkar appeared at Dublin’s Pride celebration to pledge to support total legal equality. He also did something politicians aren’t known for doing: expressing heartfelt gratitude for everyone who made his achievement possible.

from the archives
2.3K shares