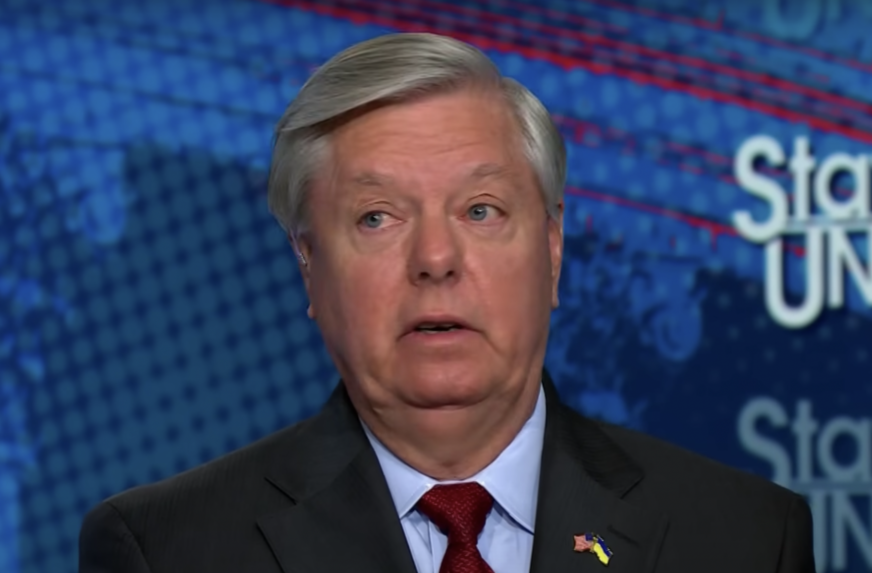 After unsuccessfully trying to weasel out of a subpoena, Graham recently appeared before the grand jury to answer questions about those two phone calls he made to Georgia Secretary of State Brad Raffensperger after the election, during which he allegedly pressured Raffensperger to “explore the possibility of a more favorable outcome for former President Donald Trump.”

In an appearance on MSNBC’s “The Katie Phang Show” this week, Jordan, whose current term ends on January 9, 2023, was asked about Graham’s testimony.

“While I have you here, Senator Lindsey Graham testified before a Georgia special grand jury this past week,” Phang said. “That grand jury is investigating efforts by Donald Trump and his allies to overturn the 2020 election results.”

“Jen, should Lindsey Graham be worried about his legal exposure?”

“Yeah, they all should be,” Jordan quickly responded, referring to Graham, as well as Trump’s other henchmen who have since become ensnared in the investigation, including Rudy Giuliani and Mark Meadows.

“Look, the way that the district attorney in Fulton County has been putting together this case, kind of brick-by-brick,” she elaborated. “Clearly, from my perspective, it looks like they’re trying to build a RICO case that is really problematic for anybody who is involved.”

“That is the whole point with RICO. If you are just kind of one of the bricks, one of the cogs, one of the people who did something to move the conspiracy along, and you are gonna get caught up in it.”

The Racketeer Influenced and Corrupt Organizations Act (RICO) was passed in 1970 and is a federal law designed to combat organized crime. It allows prosecution and civil penalties for racketeering attempts made as part of an ongoing criminal enterprise.

“The district attorney has been very very serious about this,” Jordan continued. “If I were Lindsey Graham, if I were any of these folks, Rudy Giuliani, I would be incredibly worried.”

In other Lindsey Graham news, the U.S. Senate voted 61-36 yesterday to pass the Respect for Marriage Act (RFMA), making same-sex marriage the law of the land, even if the conservative-leaning Supreme Court overturns its 2015 ruling that established nationwide marriage equality, as it has threatened to do.

Among the 36 senators who voted against codifying marriage equality into federal law was Graham, who told CNN’s “State of the Union” back in August that he believes same-sex marriage should be decided by the states and not by the federal government.

He reiterated his opposition earlier this month, though he changed his reason for why. Instead of feeling it should be a state issue, he said he was concerned about the impact it would have on religious freedom and religious institutions.

I just voted against the “Respect for Marriage Act” that is supposed to protect gay marriage without creating risks to religious freedom and religious institutions.

Now that the Senate has voted in favor of RFMA, the bill will be sent back to the House of Representatives for another vote because it was amended in the upper chamber. The House is expected to pass the bill, after which President Biden has indicated he will sign it into law.

Related: Lindsey Graham proudly votes against “gay marriage” bill and internet tells him to sit back down