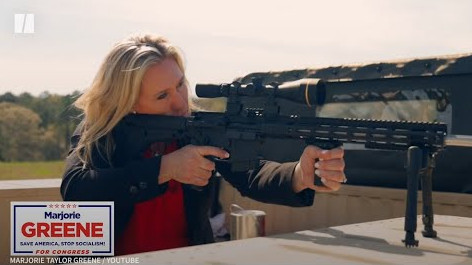 The Equality Act, which is supported by the Biden Administration, would amend the Civil Rights Act to prohibit discrimination on the basis of sexual orientation and gender identity in employment, housing, public accommodations, public education, federal funding, credit, and the jury system.

The nonpartisan Public Religion Research Institute (PRRI) found that nationally, support for a bill like the Equality Act topped 70 percent, which includes a majority of Democrats, Republicans, and Independents. According to the Human Rights Campaign, the bill has been endorsed by more than 600 organizations, including civil rights, education, health care, and faith-based organizations. There is strong business support for nondiscrimination protections. The legislation has been endorsed by the Business Coalition for the Equality Act, a group of more than 320 major companies with operations in all 50 states, headquarters spanning 33 states, and a collective revenue of $5.7 trillion. In total, these companies employ more than 12.3 million people across the United States. More than 60 business associations including the Business Roundtable, National Association of Manufacturers, and U.S. Chamber of Commerce have also followed suit endorsing the Equality Act.

Taylor Greene has managed to earn enmity not just from Democrats but from none other than Mitch McConnell. But that didn’t stop the QAnon sympathizer from going on Twitter to attack the Equality Act as an encroachment to her religious freedom, falsely claiming that the passage of the act will force Christians to perform abortions and accept transgender people.

“The so-called #EqualityAct is evil.” Taylor Greene wrote. “Disguised as #LGBT rights, it expands governmental regulatory reach that destroys women’s rights, religious rights, and rights of the unborn. It is a direct attack on God’s creation, He created us male and female.”

“Just to make myself clear, I WILL BE VOTING NO TO THE DISGUSTING, IMMORAL, AND EVIL #EqualityAct!!!,” she added. “It has nothing to do with stopping discrimination against the LGBT community, that could be done easily without this. It has everything to do with attacking God & believers.”

Tell us what you really think, Marjorie!

Related: What on Earth is Marjorie Taylor Greene doing in this resurfaced video?

In justifying her unpopular position, Taylor Greene quoted a homophobic essay from the New York Post. The essay contains the false claim that doctors will be forced to perform abortions and gender confirmation surgeries on teenagers.

“Men who dress and think they are women will have rights over all real girls and women,” Taylor Greene tweeted.

The so called #EqualityAct is evil.

Disguised as #LGBT rights, it expands governmental regulatory reach that destroys women’s rights, religious rights, and rights of the unborn.

It is a direct attack on God’s creation, He created us male and female.https://t.co/2YJnepwlN5

President Joe Biden has made passage of the Equality Act a priority. The New York Daily News reports that a vote in the House on the act could come as recently as this week.

Taylor Greene has come under fire from politicians on both sides of the aisle for her propagation of conspiracy theories about the 2020 Election, 9/11 attacks, and COVID-19 pandemic.

She had also called for the death of House Speaker Nancy Pelosi at a public rally.