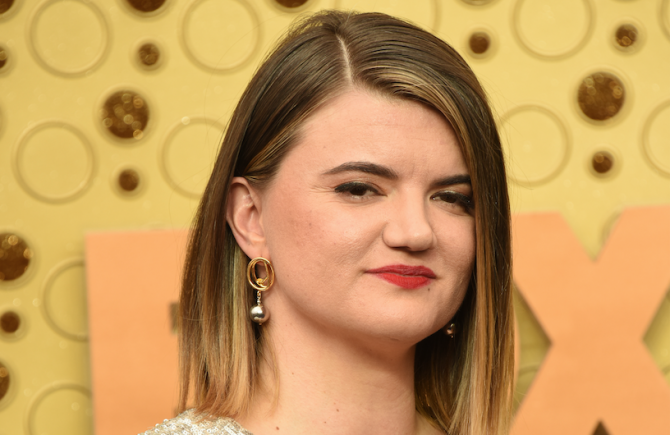 Striking a blow for queer representation in sci-fi, Leslye Headland will take over as showrunner for the newest Star Wars live-action series.

Headland becomes the first openly-queer person and only the second woman in the history of the franchise to head-up a live-action Star Wars project, following director Deborah Chow. Chow directed episodes of the Disney+ series The Mandalorian, and will direct episodes of the forthcoming Obi-Wan Kenobi series, set to shoot early next year.

Now, in a new interview with Entertainment Weekly, Headland reveals the shock and responsibility she feels at landing her latest gig. “It’s shocking to hear that to me,” she said of learning that she was only the second woman in the franchise history to oversee a project. “Although I know it’s true because there are so few of us that are allowed to sit at the table, so to speak, and many, many more that are still not allowed. It’s an honor in the sense that I feel incredibly grateful and lucky.”

“I think that when you’re working at a disadvantage, meaning you are part of an oppressed or marginalized community, it is very difficult, as they say, to become what you cannot see,” she adds, noting the extreme minority of female or openly queer directors in Hollywood. She also has no illusions when it comes to the cruelty of the business.

“I don’t love writing. Writing is terrible,” she confesses. “Pitching is exhausting. When people are like, ‘How do I pitch?’ I’m like, ‘Well, sit down for a second, let me explain it to you because it’s working on the project for six months until they tell you you didn’t get the job.’ Especially larger-level projects like big IPs, like Star Wars and Marvel and DC. It’s like, ‘Strap in, because it’s a lot of work.’ But the hardest part is getting in the room.”

Still, for Headland, that pain of rejection helps keep her motivated: she needs to succeed so others can do the same. “The real joy is when I read a young woman’s script, or a young woman of color’s script, or a young LGBTQ writer and say, ‘Oh my God, this is great. This is great. I’m going to send this off to this person. You know who I know would love this? It is so and so. I’m going to send that to that person.’ I don’t say that in an altruistic way or yay me, or I’m a good person. I’m saying that actually makes me happy.”

Headland’s work as a writer, director and co-creator the Netflix series Russian Doll helped win her job duties on the new Star Wars show. That series earned wide acclaim for its mixture of dark comedy and science fiction, as well as for its feminist and LGBTQ themes. As for her new Star Wars series, details remain mum, though the rumor mill suggests that the series will follow the adventures of fallen Jedi and fan-favorite character Ashoka Tano, rumored to be played by actress Rosario Dawson.