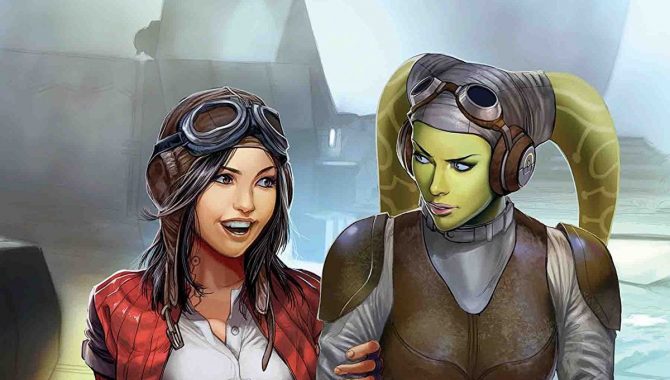 Rumor has it the Force is with us.

Just ahead of the release of The Rise of Skywalker, new information from noted Star Wars gossipmonger Jason Ward (of MakingStarWars) has tipped that a new series has gone into development for Disney+. In a refreshing twist, said series will reportedly feature an out-queer lead.

According to Ward, the show will focus on the character of Dr. Aphra, an Indiana Jones-type archeologist who works with both the Rebels and the Empire during the original trilogy era. The character originally appeared in Marvel comics, and Ward claims that the series would be a joint venture between Lucasfilm & Marvel. Dr. Aphra also happens to be a lesbian.

I normally say Aphra’s a lesbian. I’ve never written her with any romantic interest in men…I’ve written her primarily romantically interested in women. I think that would be fair to say. Star Wars doesn’t really have the terminology that we do either. One of the things we wrote inside the first arc was that homophobia as we know it doesn’t really exist in the Star Wars universe. No one raises their eyebrow, no one seems surprised when it happens. It’s kind of just something that’s there, so the way that they process sexuality has got to be different anyway, and how they choose to identify, as well.

Disney+ just debuted the new Star Wars series The Mandalorian to near-universal acclaim. At least two other live-action Star Wars shows rest in the pipeline: one centered on a middle-aged Obi-Wan Kenobi (Ewan McGregor, reprising his role) and the other about the roguish smuggler Cassian Andor (Diego Luna), who appeared in the film Rogue One. The Dr. Aphra series would mark the fourth live-action Star Wars series for the streaming service.

Of course, for the moment, the Dr. Aphra series remains a rumor. Take it with a proverbial grain of salt.

Subscribe to Queerty for a daily dose of #entertainment #disney #dr.aphra stories and more